I just returned from a brief 2-day stay in San Francisco. I was there for a job interview, and as usual, during my free time, decided to explore areas I had not frequented during my last two trips in 2010 and 2006. I discovered an amazing grocery store – like no other – at least in the Midwest. On my way to The Mission, I stumbled upon Rainbow Grocery. I started to salivate the moment I walked into this cool grocery store – I think my mouth was actually hanging open in disbelief at the sheer quantity and quality of the drinks, teas, bulk foods, produce, cheese, etc. Good thing Jeff was not with me – he could have easily spent $100! Given that I have been unemployed now for more than 3 months, I have gotten cheap and try to cut corners wherever and whenever I can. I was tempted to buy everything, but spent less than $4.00 on a very small sampling of bulk dried mulberries, date nuggets, and two natural chocolate mint patties by SunRidge Farms.

Another plus for Rainbow is that they are a coop – this might explain the enthusiasm I witnessed in employees stocking shelves all over the store, as well as helping customers. I told the fellow at customer service how much I loved the store before I left and how much my daughter would love to do food demos there.

There were products at Rainbow that I have not seen anywhere else – in Chicago or NYC. And I often go to high-end gourmet grocery stores just to ogle, if nothing else. My favorite small grocery store in NYC is Amish Market – the fresh beets I bought there last summer actually were sweeter than a red plum and the best I have ever eaten. I also adore their olive bar, from which you can freely sample. But even they do not have the sheer array of organic and gourmet products that fill the shelves at Rainbow. Both of these stores are on the pricy side – but for a special treat that you will not find at Whole Foods, I highly recommend both of these markets the next time you are in SF or NYC. 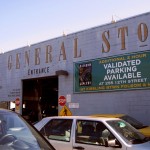 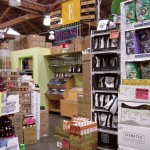 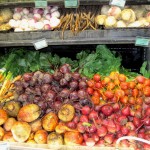 A Rainbow of Beets 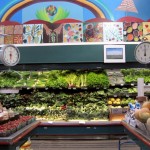 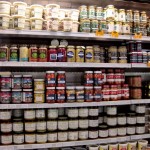 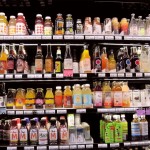