Canary Wood and Walnut Burl Board by Jeff

In 1998 when I met Jeff, he introduced me to the game of cribbage. He grew up playing this game, while I had never played it. It quickly became a Sunday morning routine along with Jeff’s delicious homemade pancakes. It was also a nice activity to involve both our daughters, who enjoyed playing with us when they were pre-teens. Jeff and I played regularly for a few years and now only play once in a blue moon. Over the years, we also accrued quite a collection of vintage cribbage board and playing cards.

If you’ve never played cribbage and are curious about the rules, click here. If you decide to play, be warned that the odds of attaining the elusive perfect 29 score in a two-player cribbage game are 1 in 216,580, and 1 in 15,028 for 28. Just once, I had a hand of 28, but not really because Jeff counted his hand first and won the game!

A Brief History of Cribbage 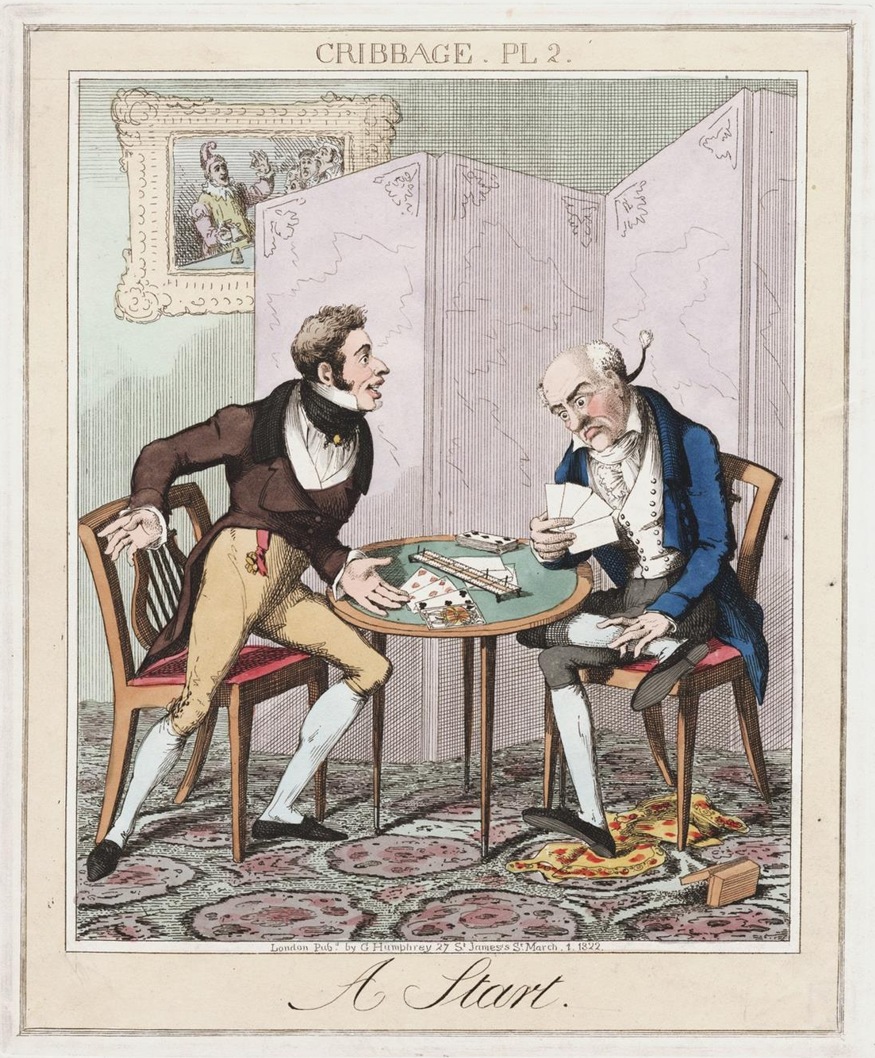 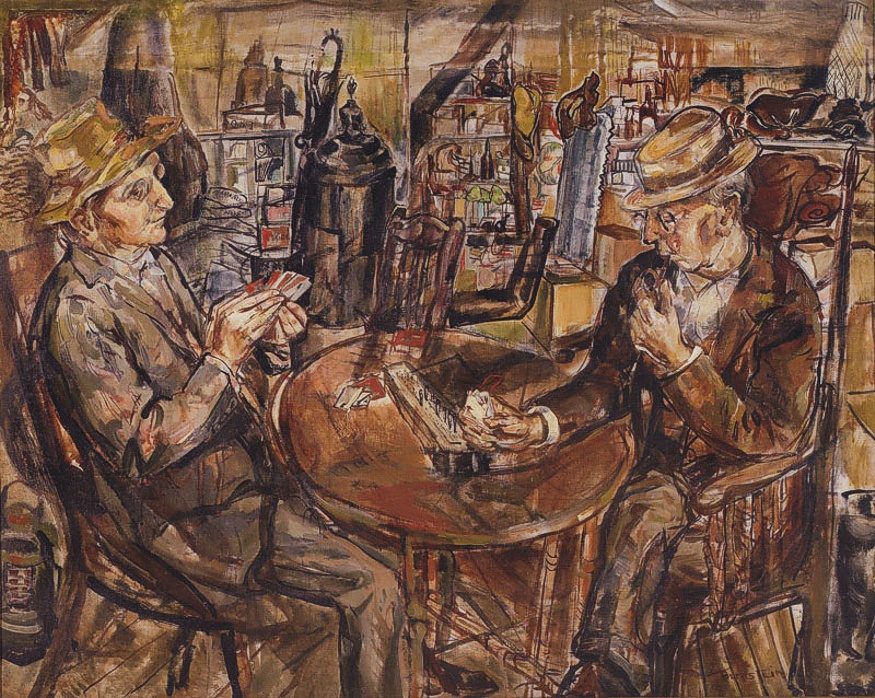 British poet, playwright, and gambler Sir John Suckling popularized and described the rules of cribbage in its approximate modern form around 1632. Suckling lost his mother at age 4 and subsequently his father at age 18, inheriting significant wealth that he squandered on travel, women, and gambling. He invented a variation of an earlier Tudor-era game called Noddy, in which only three cards were dealt to each player, no discard, and therefore no crib. The turn-up card was counted in both players’ hands and the game was 31 points. Suckling’s cribbage game introduced the crib and was played with five cards versus today’s six. As for Sir Suckling, he lived a charmed and cursed life, was charged with treason in 1641, fled to France, and committed suicide by taking poison. He died destitute after blowing his inheritance and making disastrous political missteps. 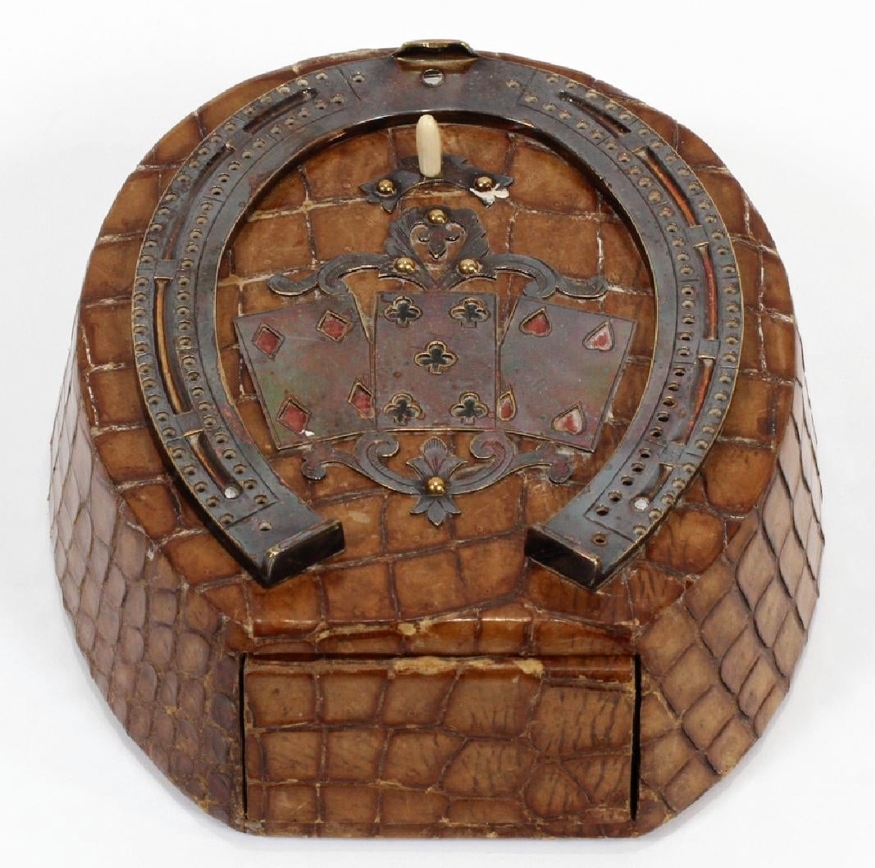 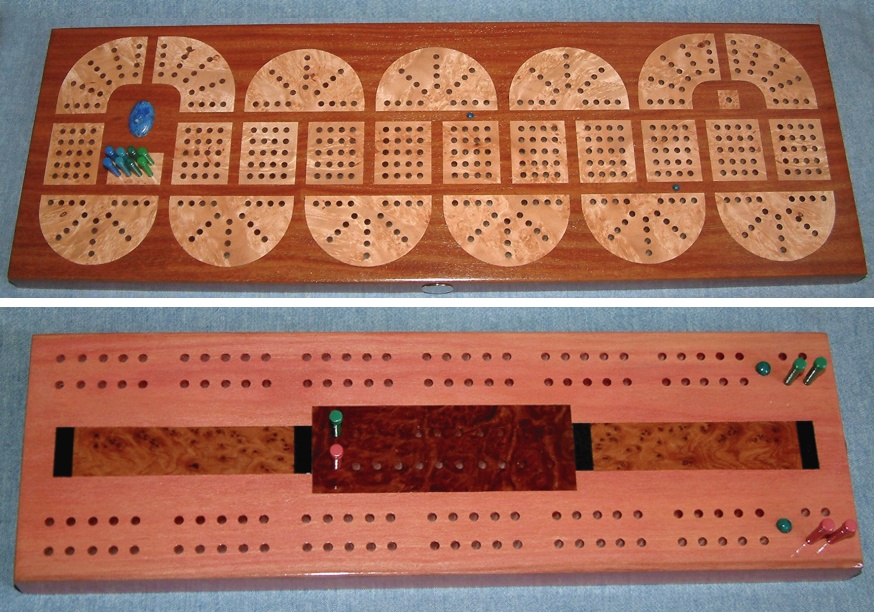 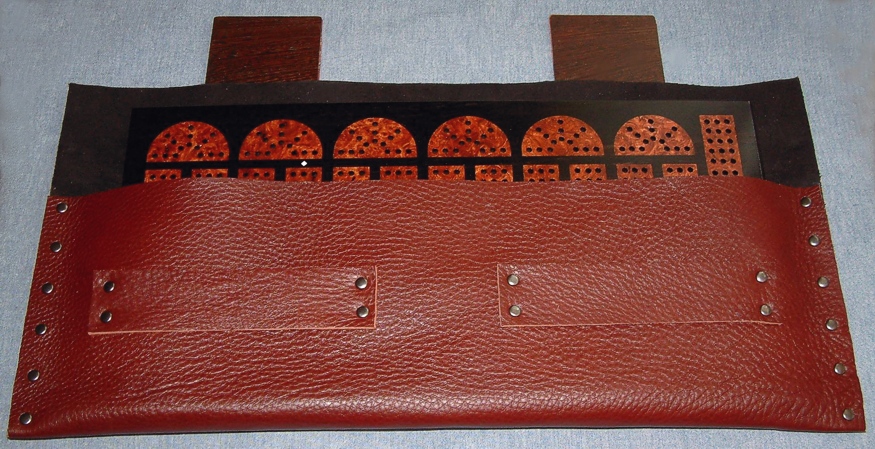 Ebony and Burl Board in Leather Pouch

About 15 years ago, Jeff started crafting beautiful, one-of-a-kind cribbage boards from exotic hardwoods and I made handmade leather pouches to store them and hand painted the wood pegs. I made a few boards myself, but mainly helped finish them. It was my idea to include strategically placed gemstones in some of the boards.

Back then, we hand drilled the holes, which was challenging, although they were better aligned than a lot of boards. The business thrived until Jeff got burned out accommodating custom orders. He turned down a few ridiculous requests like a board shaped like the state of Texas. The philosophy behind the boards wasn’t to create kitsch, but beautiful boards crafted from incredibly gorgeous woods and burls. One of his best customers purchased 8-10 boards and we later found out he was in the middle of a divorce – buying cribbage boards was a therapeutic outlet! 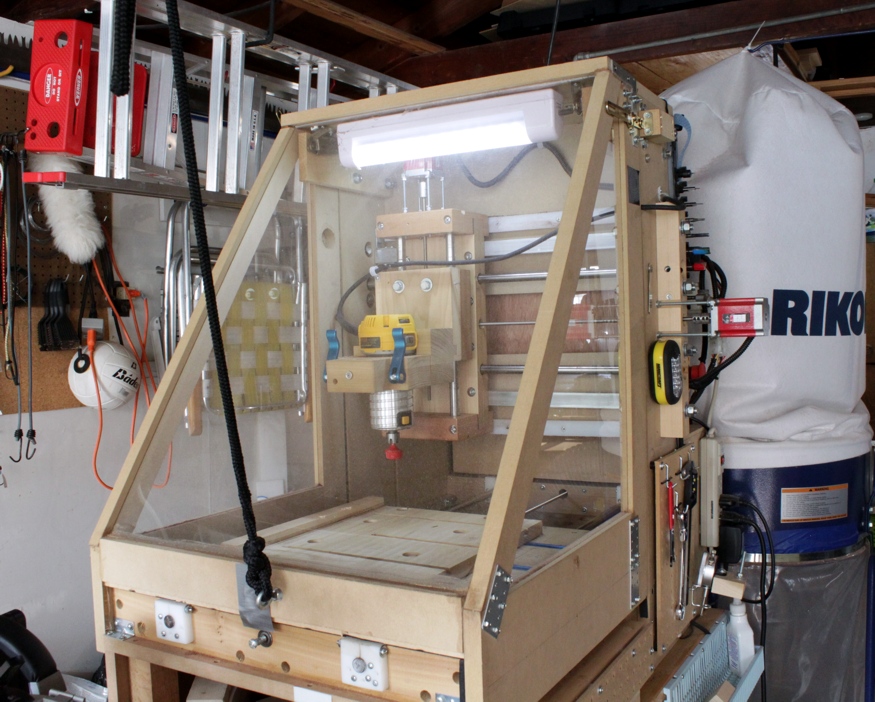 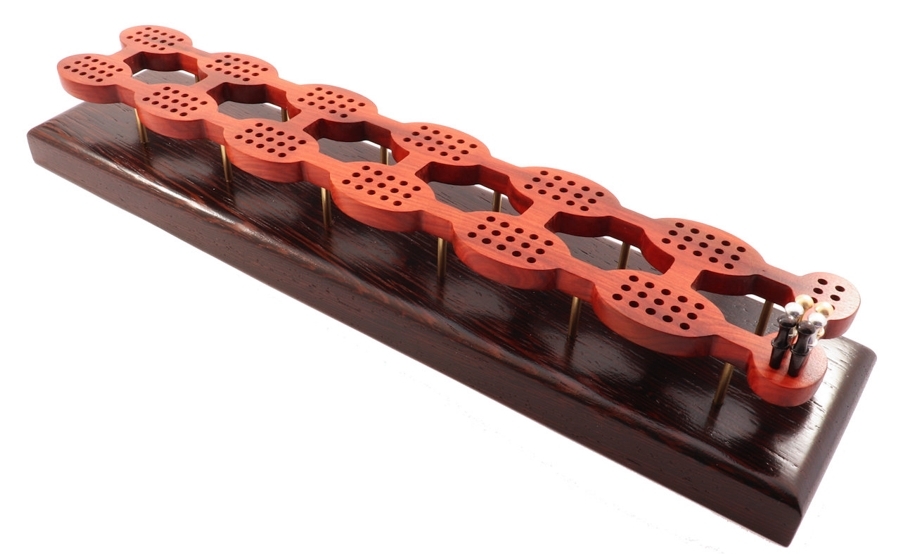 3D Wenge and Bloodwood Board

Figured Bosse with Walnut Cribbage Board

After Jeff built and rebuilt several CNC machines himself, he streamlined the process of making cribbage boards and perfected drilling the holes. The cribbage boards he makes today are superior both in concept and technique to his boards of yesteryear. Each board is a unique work of art featuring exquisite exotic woods and creative designs.