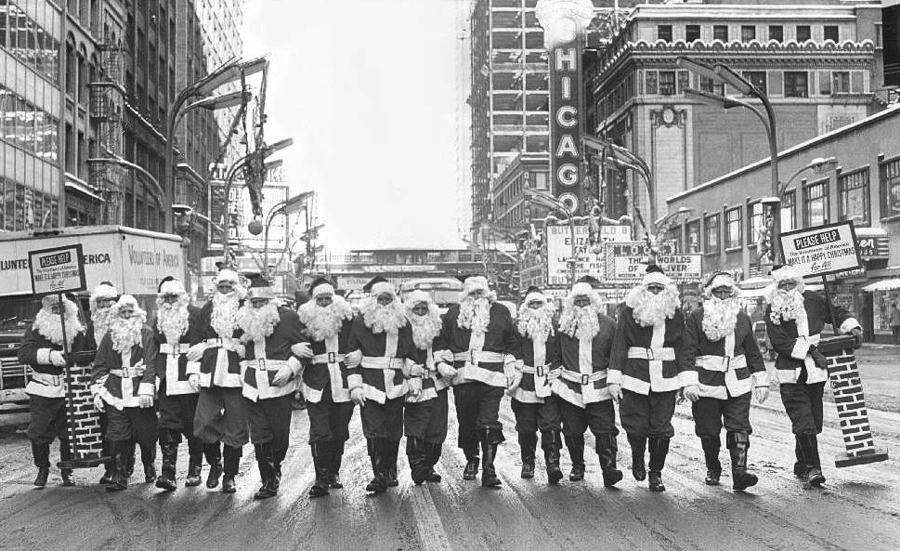 Although my family isn’t Christian, I was fortunate as a child to get presents for eight days of Hanukkah, visit Santa Claus at Marshall Field and Saks Fifth Avenue, eat lunch once at the Walnut Room with my mom, and enjoy the wonderful Christmas window displays on State Street. I grew up in Lincolnwood just east of the Edens Expressway – a few blocks from the famous Lincolnwood Towers with its magnificent Christmas displays. This holiday season, I’m sharing a few of my favorite memories and some wonderful nostalgic photos that embody the holiday spirit, Chicago style.

As I mentioned in this old blog, my little sister Janet and I would spend hours picking out gifts from Sears Wish Books. Our parents always let us select one impressive toy for the first night of Hanukkah and a few small “stocking stuffer” gifts for the other seven nights. The one present that will always stand out is my first Thingmaker by Mattel – classic Creepy Crawlers. 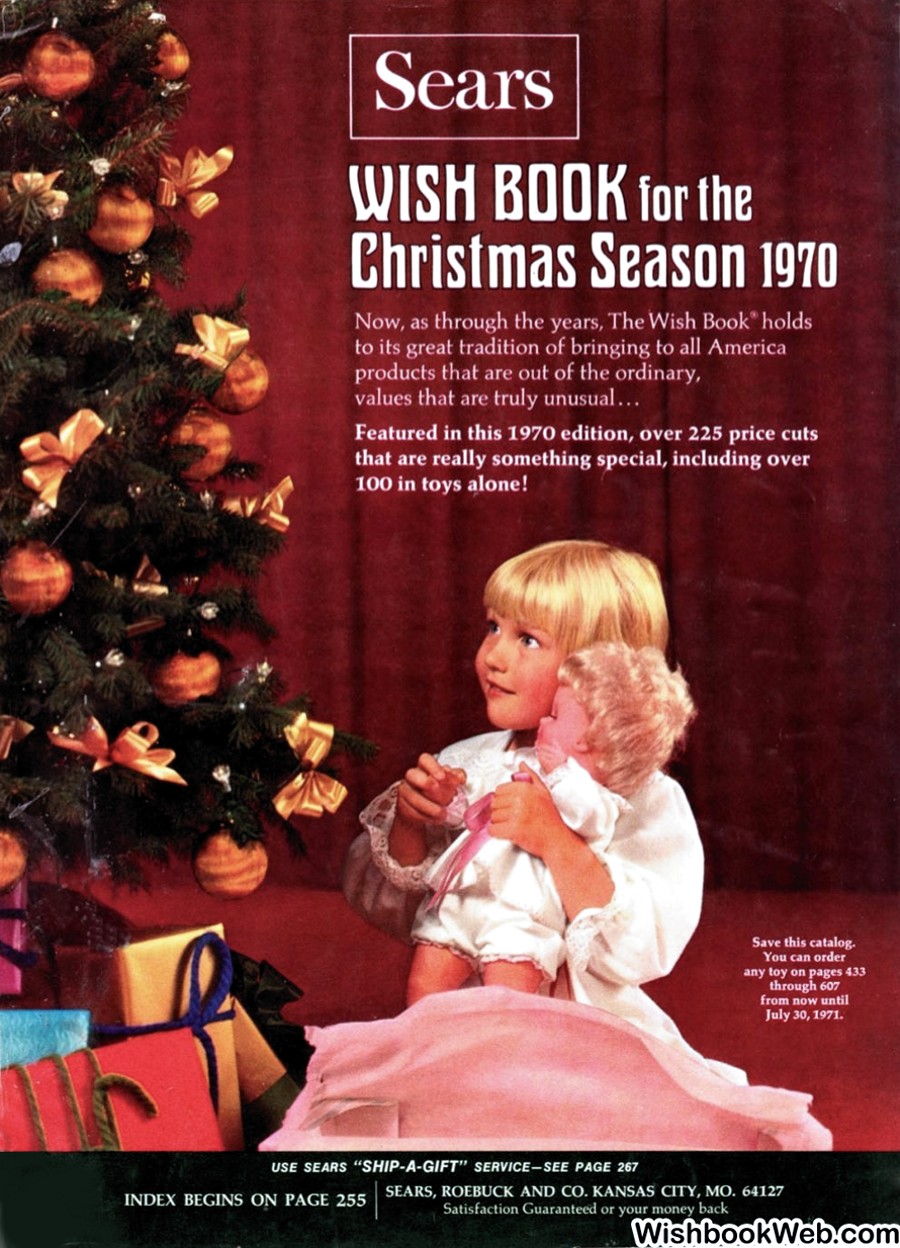 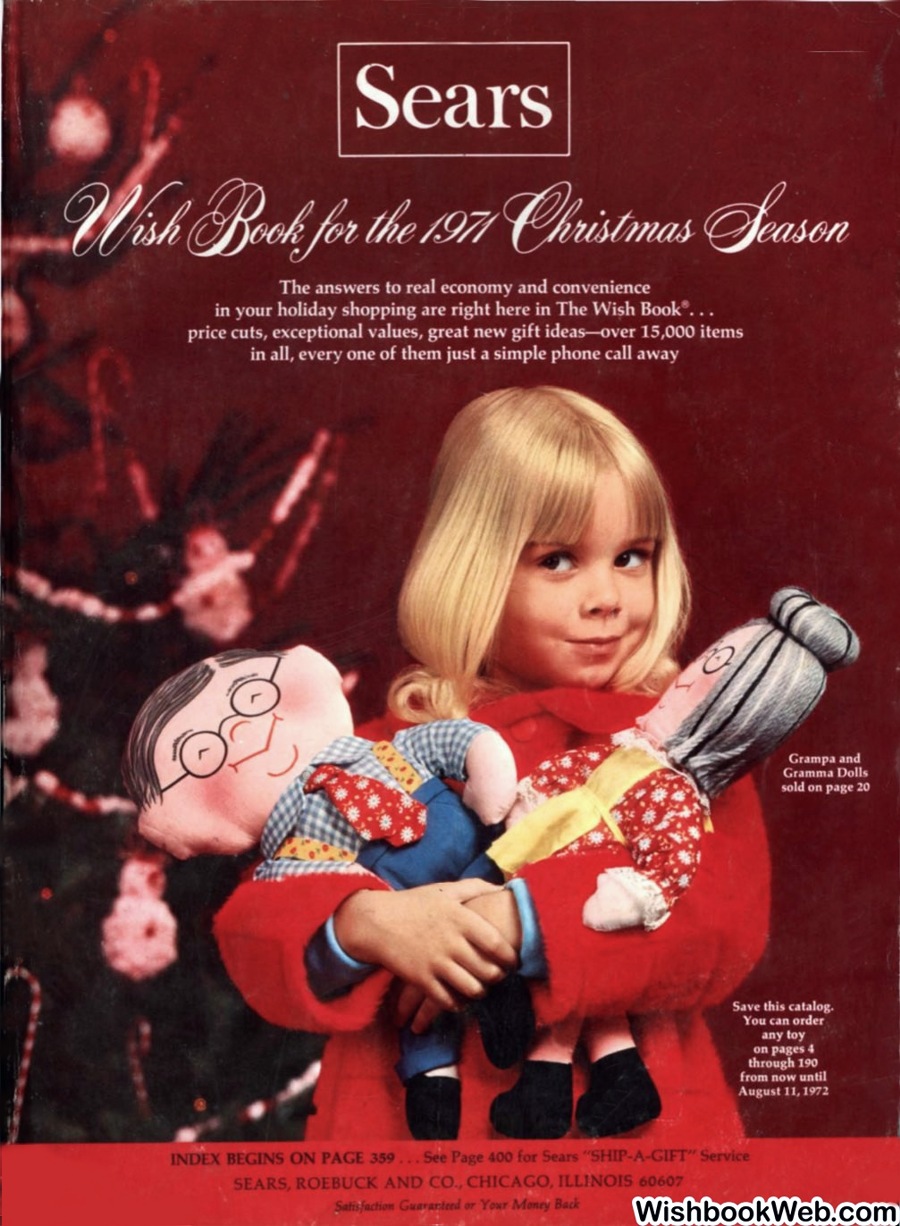 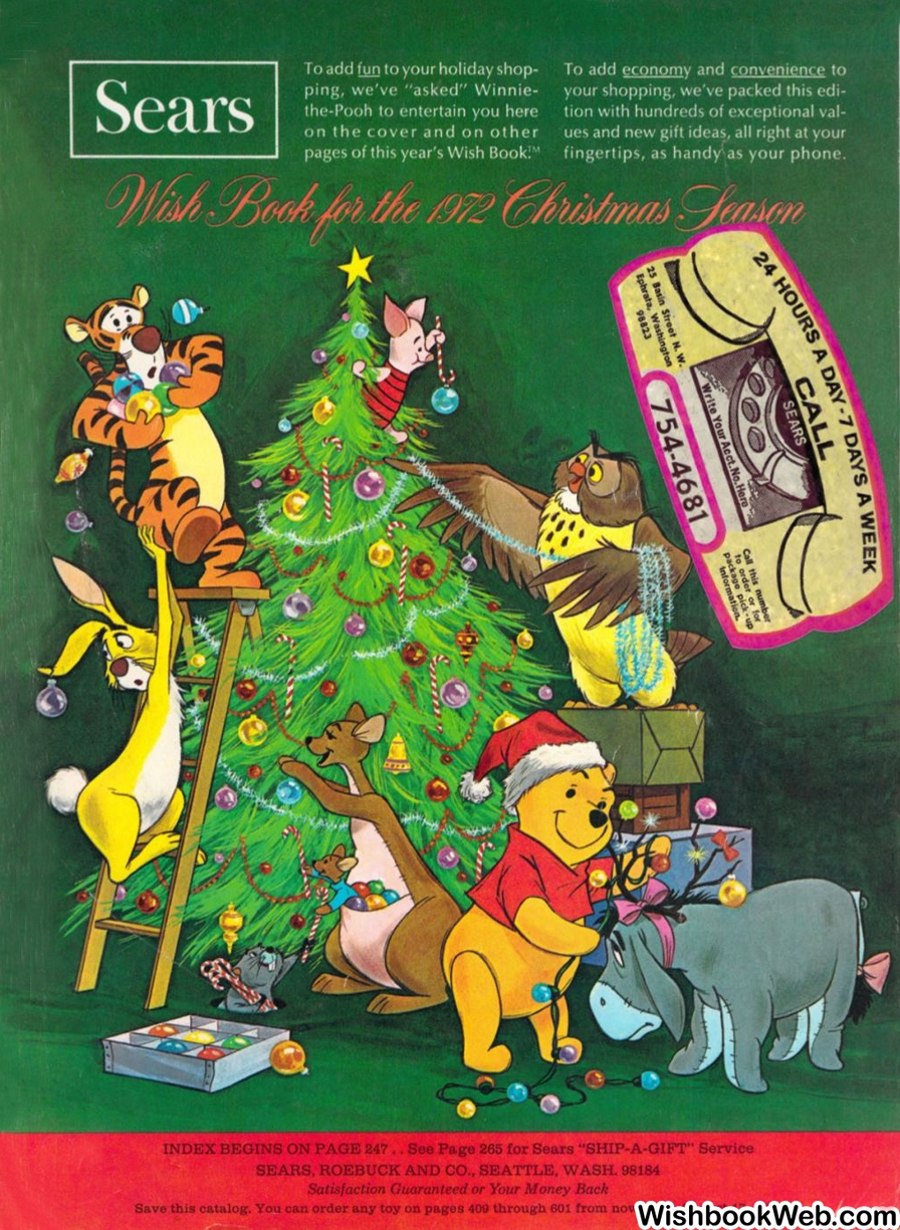 My dad worked on North Michigan Avenue his entire career and as such, we spent a lot of time there. I would often go to his office and drive home with him in his white Porsche. I loved the classy white Christmas lights that illuminated the chic boulevard before it became an over-commercialized street.

Of course, no Chicago Christmas blog would be complete without mentioning the great window displays on State Street, especially at Marshall Field and Carson Pirie Scott & Co. I remember one Christmas season my mom took me to an eye doctor appointment in the Pittsfield Building and the doctor dilated my eyes. I didn’t have any vision problems when I was young, so perhaps it was just a standard exam. After the appointment, my mom took me to the incredible toy department at Field’s and to see the window displays. I felt like Mr. Magoo because I could barely see anything. Luckily, I visited the window displays many other times when I could see clearly. 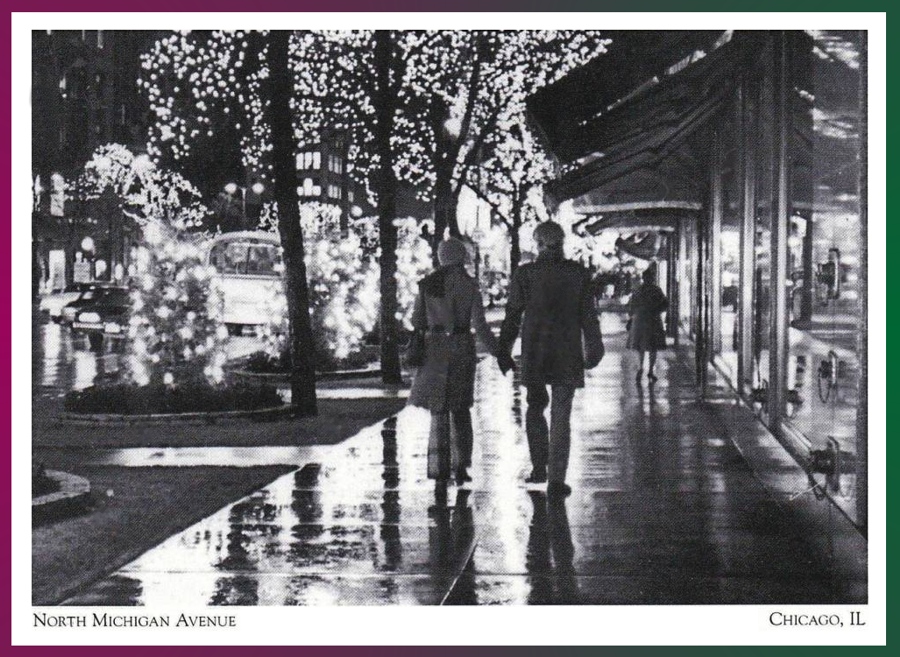 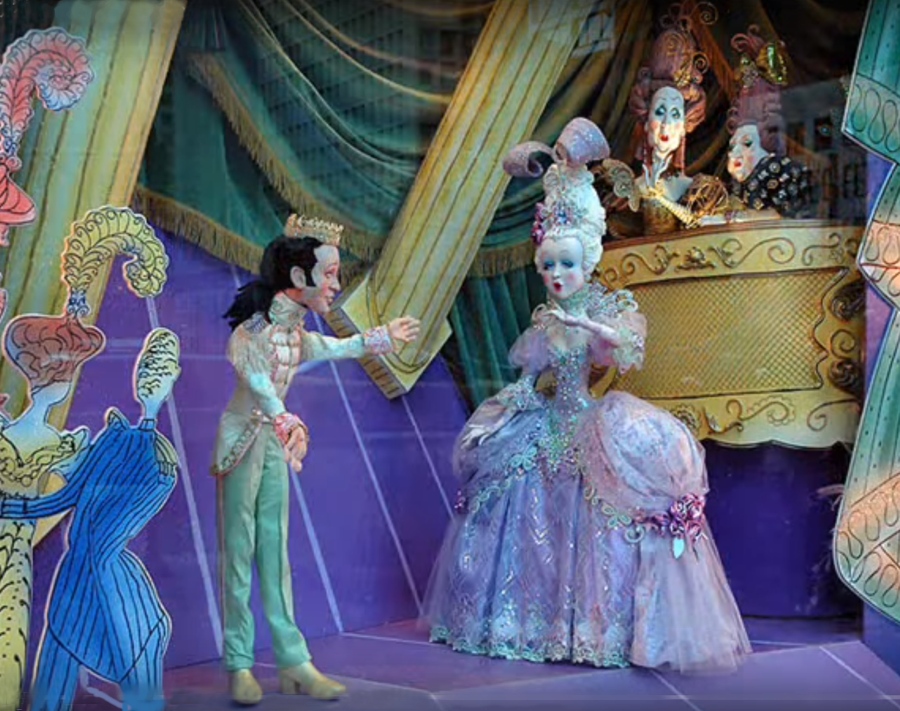 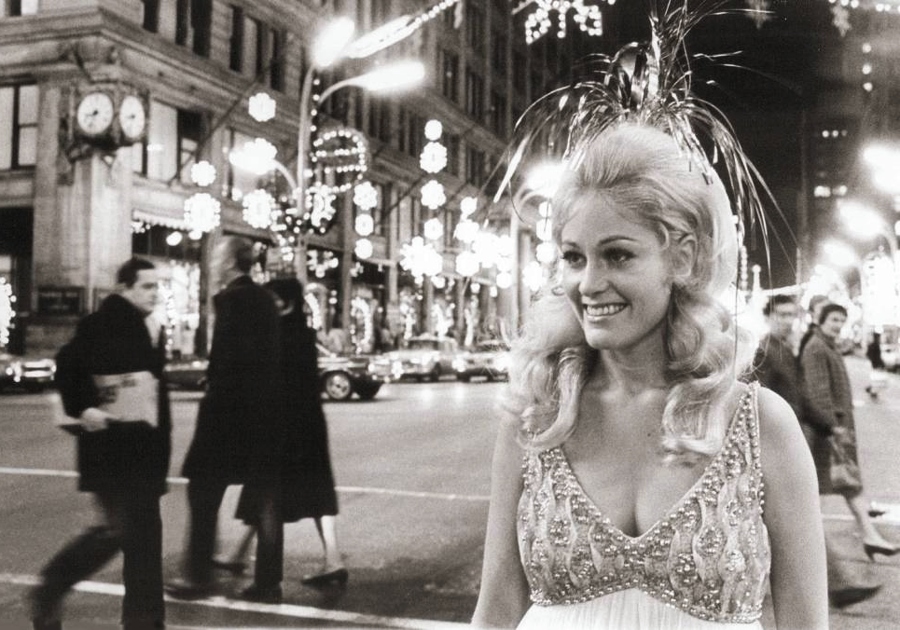 The Walnut Room at Marshall Field

I only ate here one time with my mom and I’m pretty certain I convinced her that we should wait in line to see Santa Claus after lunch. Although I still think the demise of Marshall Field was a travesty, I’m thankful Macy’s has retained this iconic room. 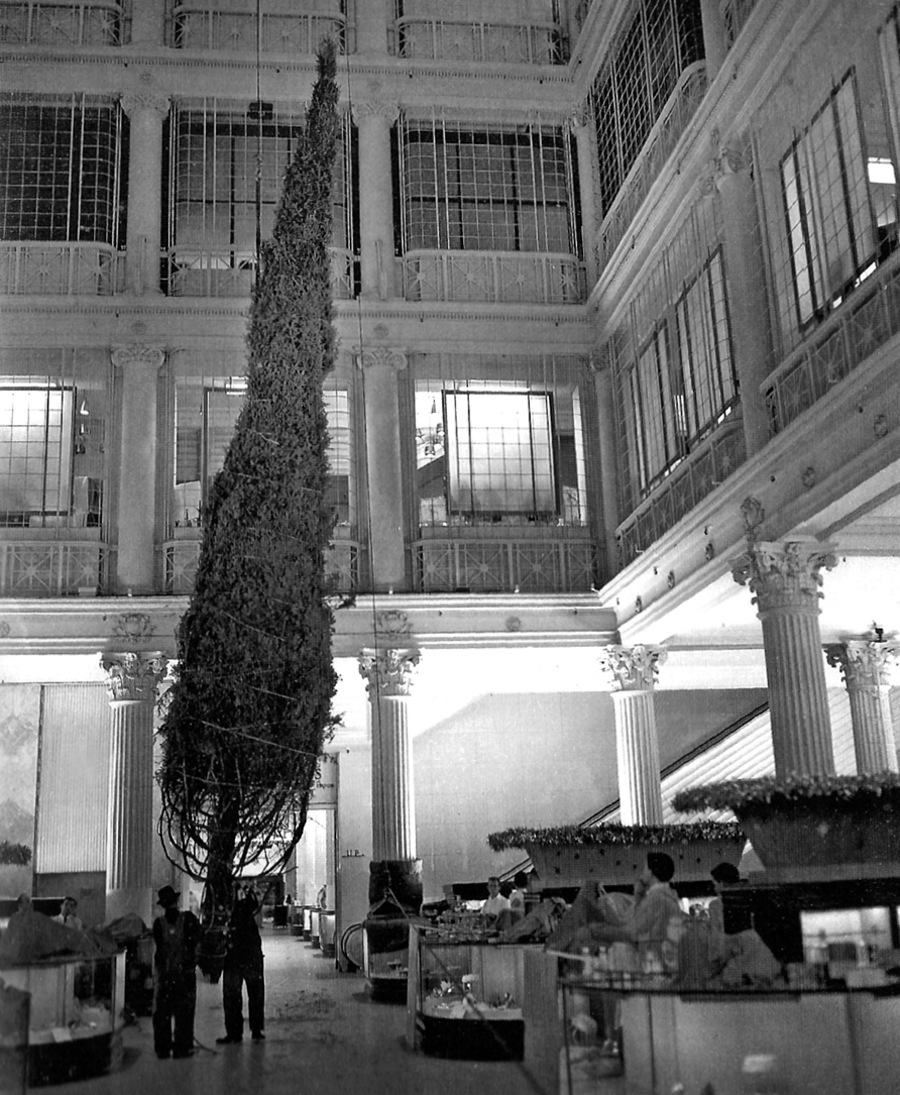 Hoisting the Tree at Marshall Field, 1961 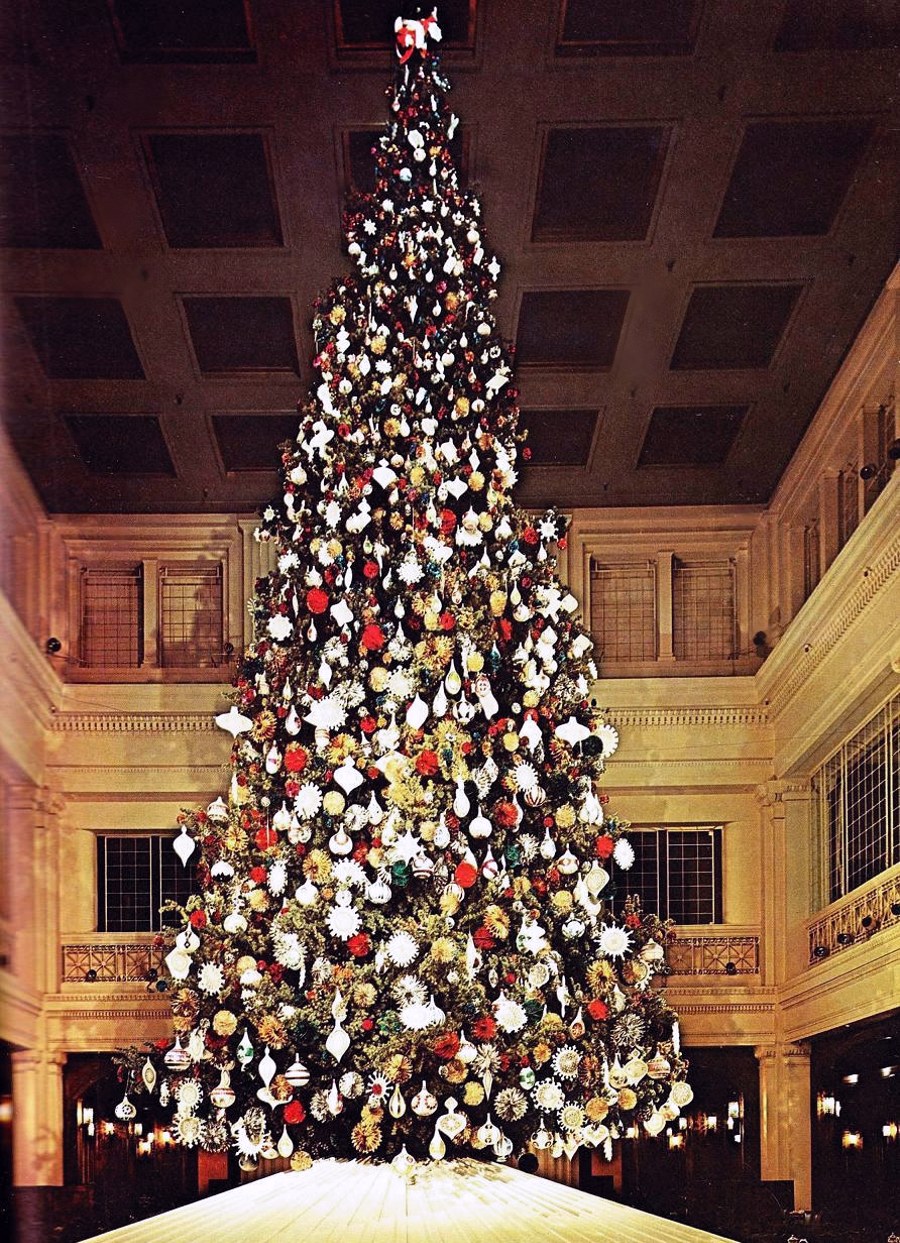 People used to come from far and wide to gawk at the awesome holiday lights in the Lincolnwood Towers. Shortly after my parents moved to Lincolnwood in 1959, apparently one family featured live reindeer in their display. More recently, somebody displayed a huge Star of David in blue and white lights for Hanukkah. We used to get into traffic jams just to see the lights. When I was about 9 or 10, a woman hit my dad’s car hard from behind – thankfully we were less than a block from a friend’s house so we went inside and called the Lincolnwood Police. I never saw any live animals, but have enjoyed some incredible displays over the years, including these oft-photographed houses (the first is at 6601 N. LeRoy). 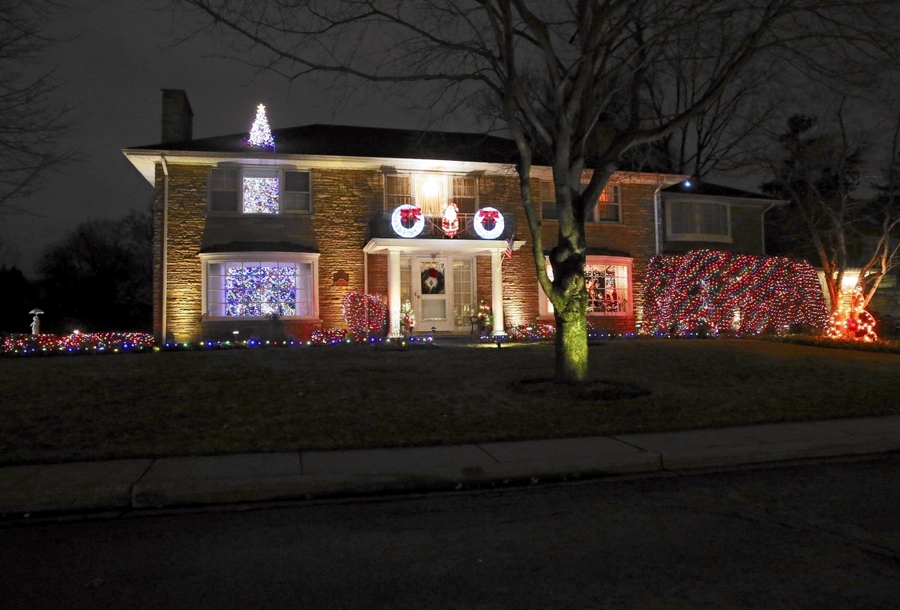 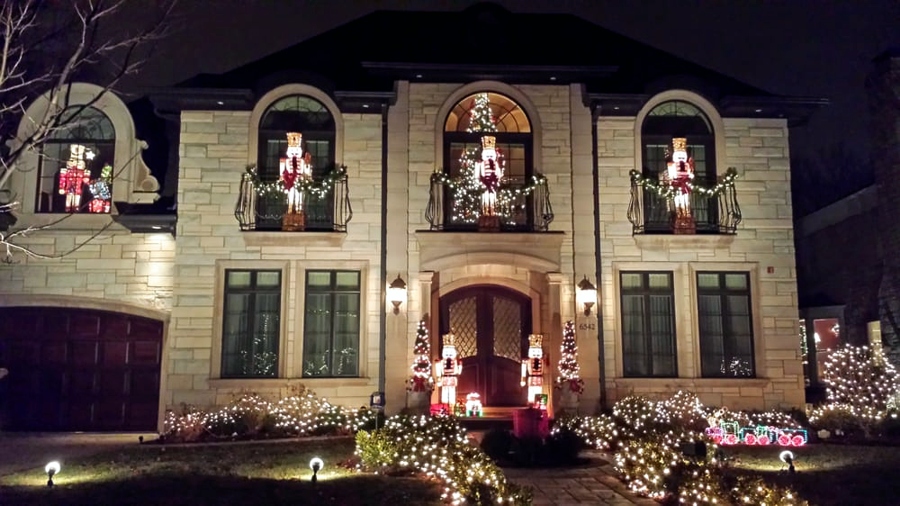 An artist since I was old enough to pick up a crayon, what mattered the most to me was making certain my mom bought a box of Hanukkah candles that included an assortment of bright colors (the khaki green pictured below was my least favorite). When it was my turn to pick out the candles, I always selected the most colorful assortment – this was years before I studied color theory! I also enjoyed playing dreidel, getting chocolate gelt (coins), and listening to my dad’s unique version of the story of Hanukkah. 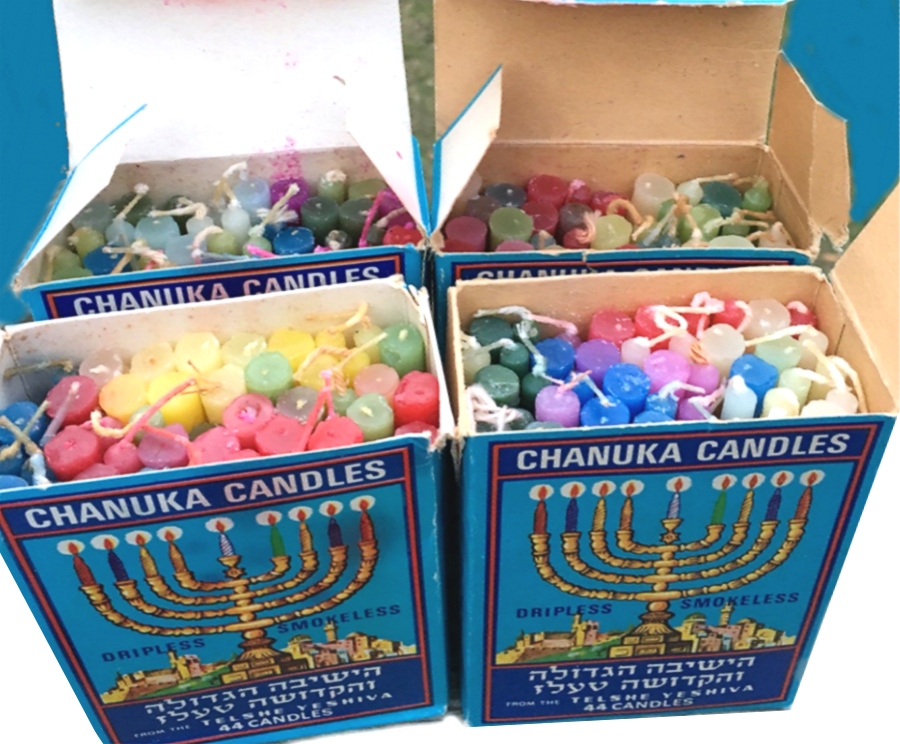 These unbelievably crude animations were classics on Chicago’s WGN-TV and they still air them today around the holidays. Hardrock, Coco and Joe — The Three Little Dwarfs is a 1951 short, stop motion animated cartoon that first aired in the Chicago market December 18, 1956 on Garfield Goose and Friends. Suzy Snowflake is a companion short featuring Norma Zimmer as Suzy’s voice and The Norman Luboff Choir singing the vocals.