A Visual Tribute to Barber Shops 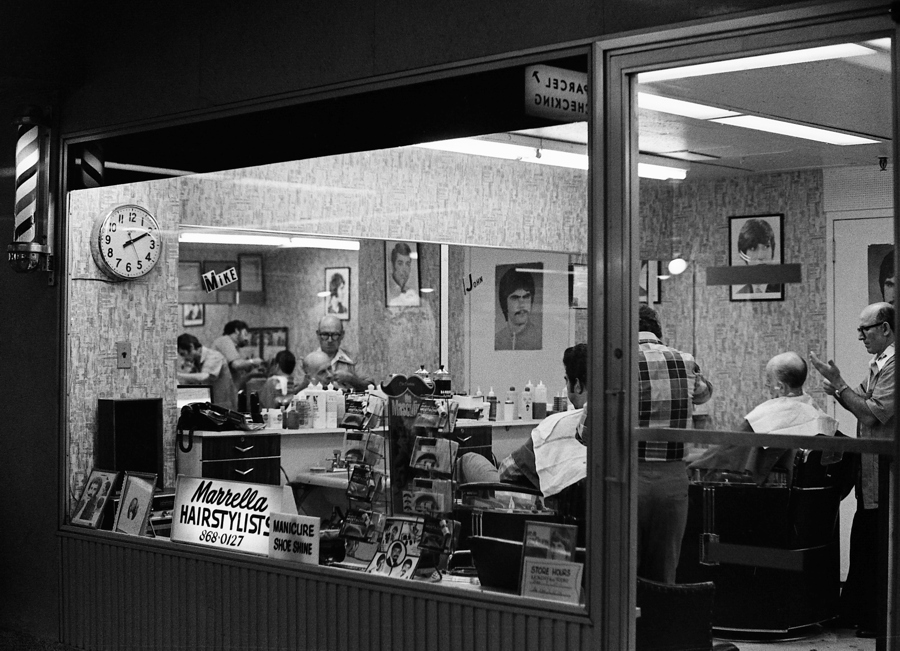 As a fine artist and photographer, I’ve always been obsessed with barber shops – visually. I don’t particularly like going to beauty salons to get my hair cut. I think barber shops are far more interesting and less snooty. After graduating early from high school, I would go on outings with my mom (who is also an artist) on Lincoln Avenue in Chicago, where I photographed interesting storefronts. Even back then I was drawn to barber shops. My admiration of a few select photographers informed my early photographic work – especially those who worked for the Farm Security Administration, such as Walker Evans and Russell Lee, as well as the great photographer Berenice Abbott. All of them took wonderful photos of barber shops. 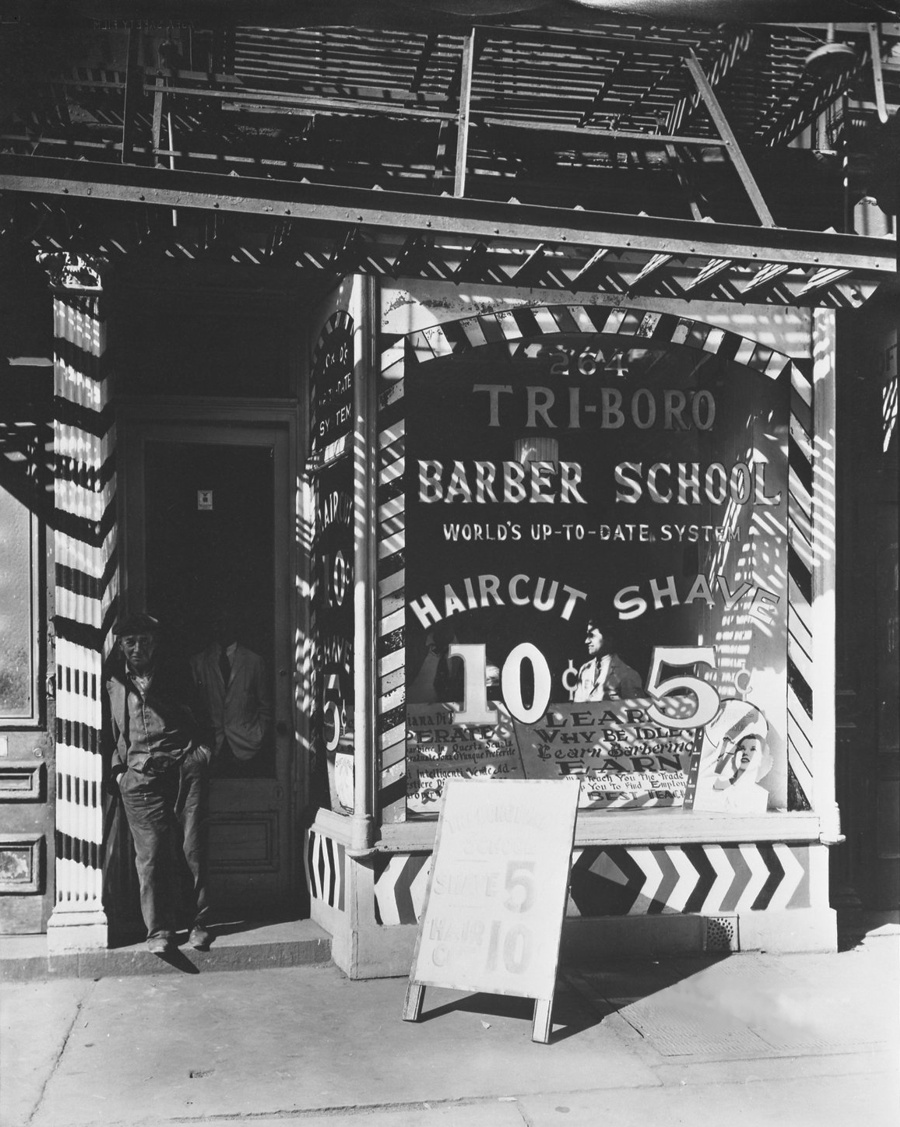 Back when I was an art student at RISD, I photographed quite a few barber shops in Providence and NYC. Unfortunately, I didn’t note where the NYC barber shops were located, however, I do remember one because of the circumstances. The below barber (on Lafayette Street) came outside when he saw me photographing the exterior. He volunteered to pose, which seemed nice enough. Nobody else was there and after he made a few suggestive comments and asked inappropriate questions, I high tailed it out of there rather quickly. 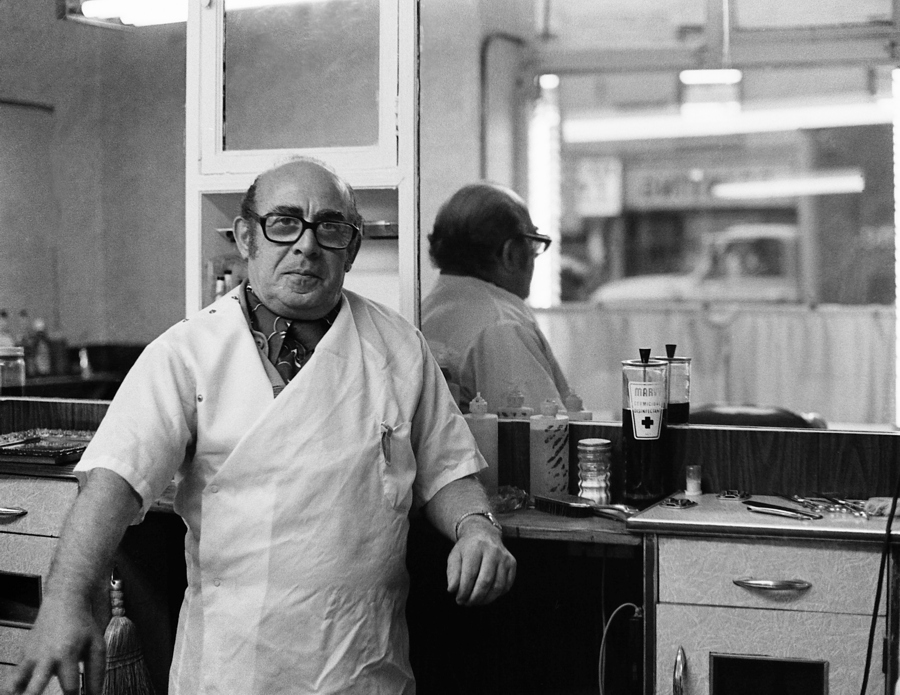 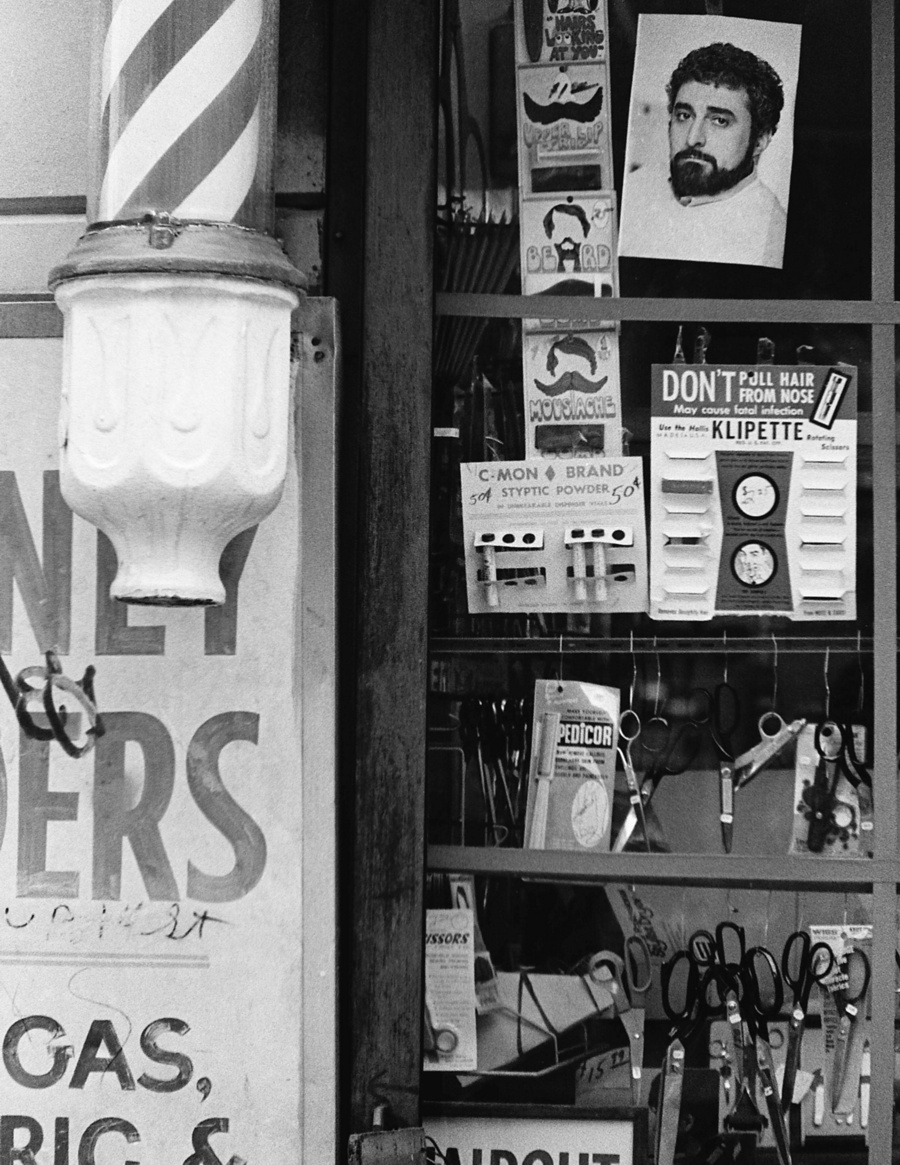 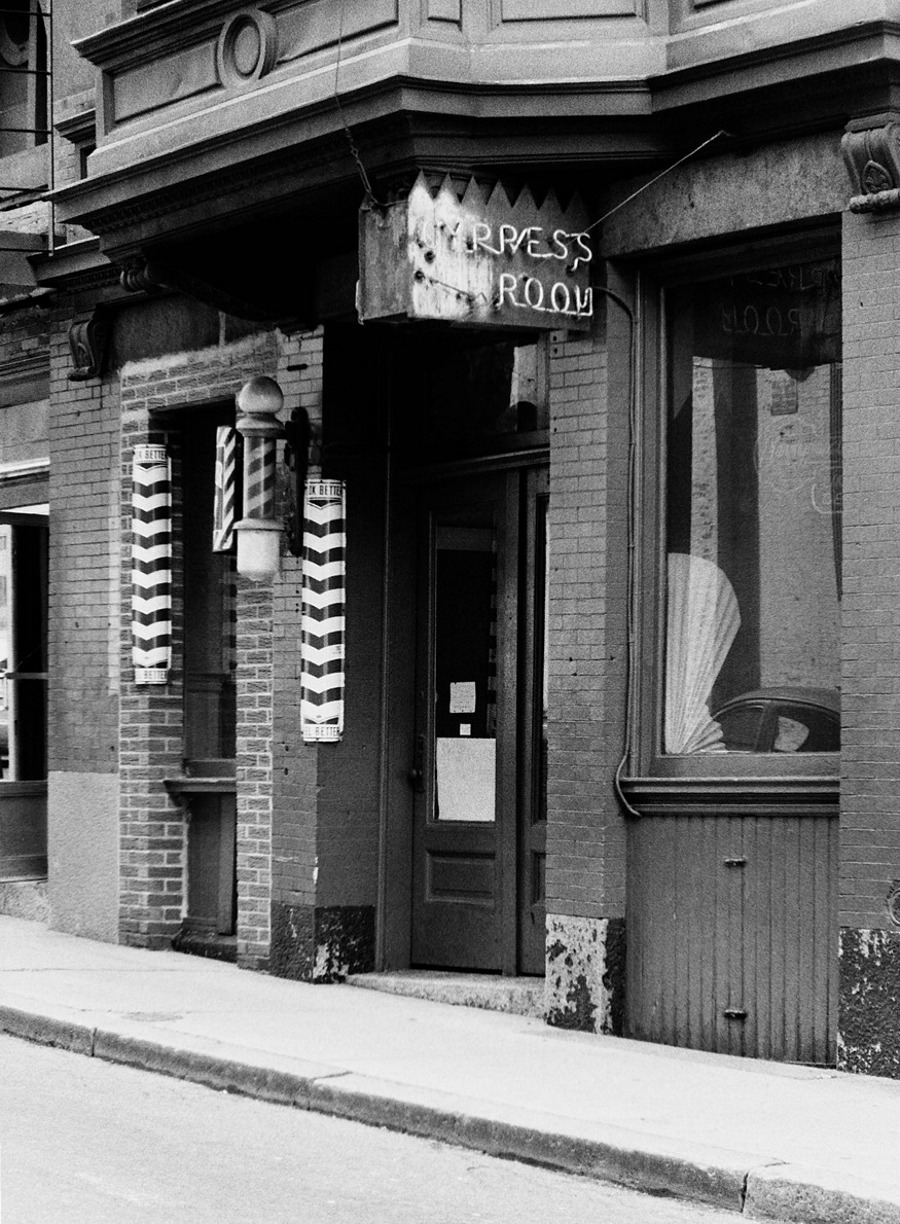 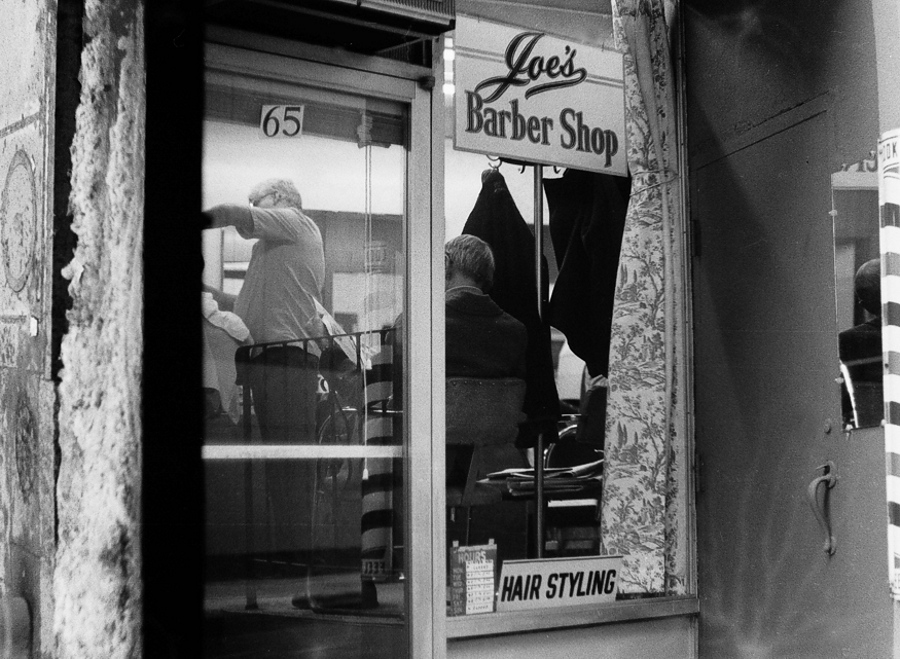 Many barber shops are still decorated with really cool ephemera and antiques that add to the appeal of getting your hair cut. An example is the JMC Barber Shop, which I stumbled upon last August in Elmhurst, Ill. I have never seen such a visual explosion covering every imaginable wall space – you couldn’t possibly get bored when you get your hair cut here! 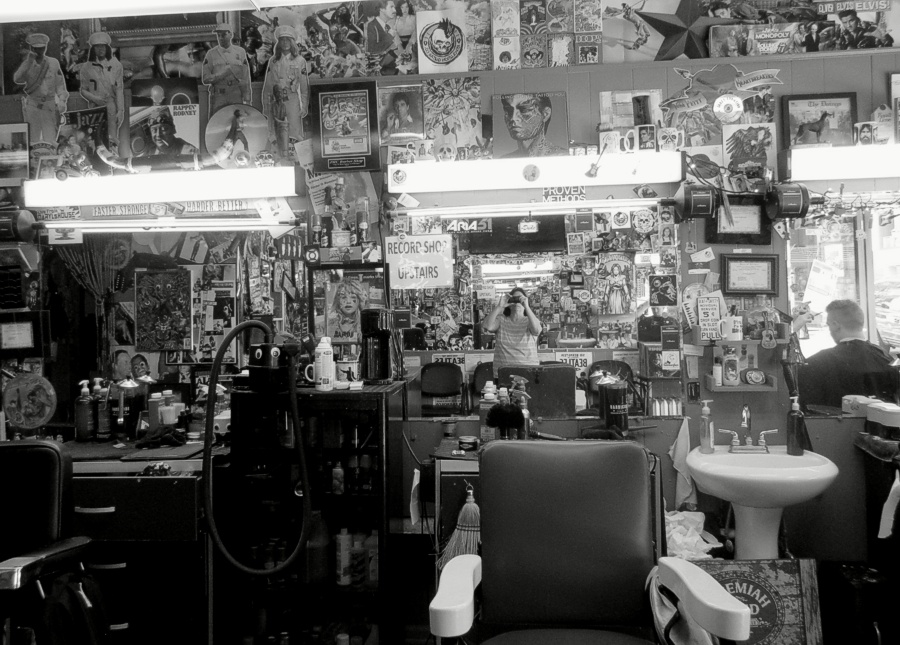 While I prefer my vintage late 1970s black and white shots, I have taken color photos of barber shops when I traveled for business and leisure. The below color photos were taken more recently in St. Maarten, NYC, San Francisco, and Baltimore. The iconic barber shop poles and other visual elements still entrance me after all these years. The Baltimore photo is a ladies beauty salon – I couldn’t resist the unusual visual composition. 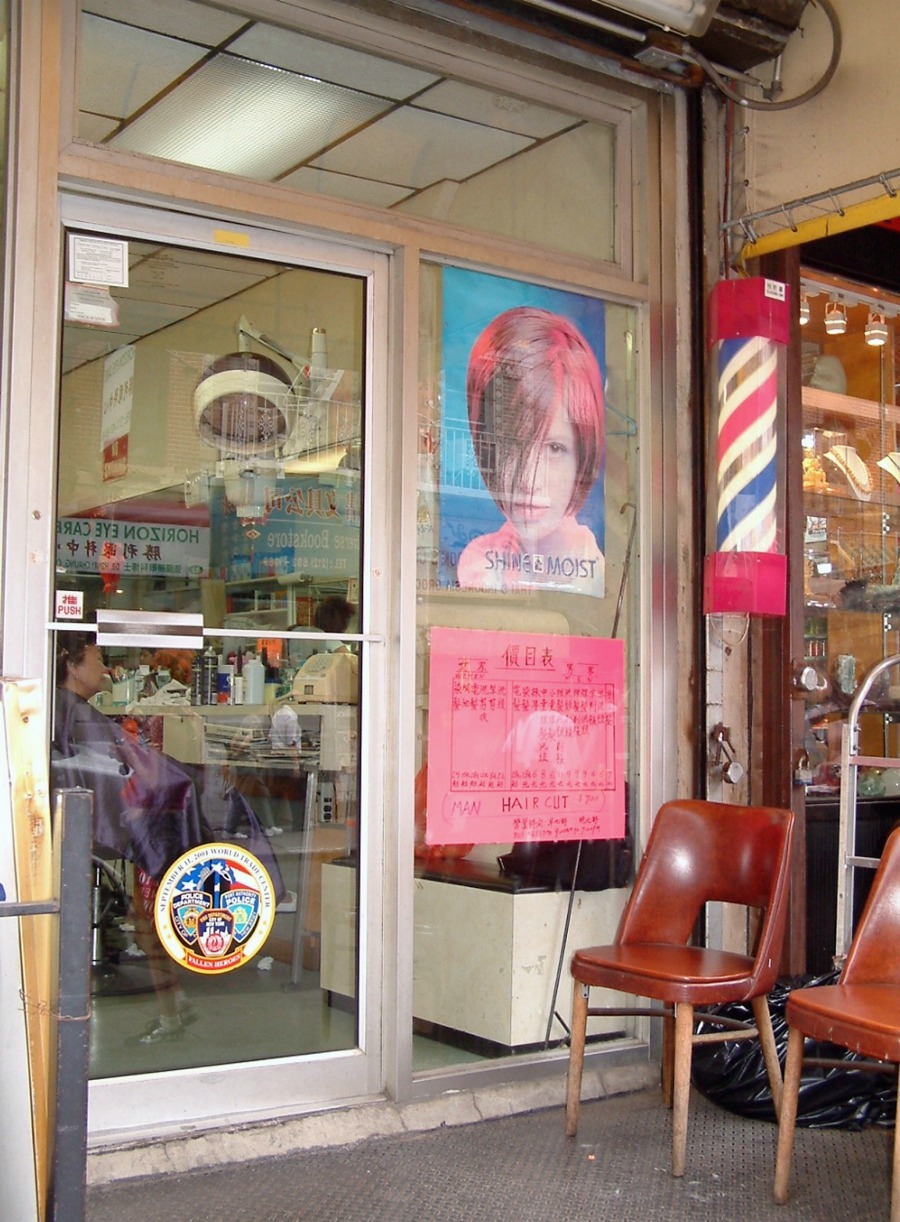 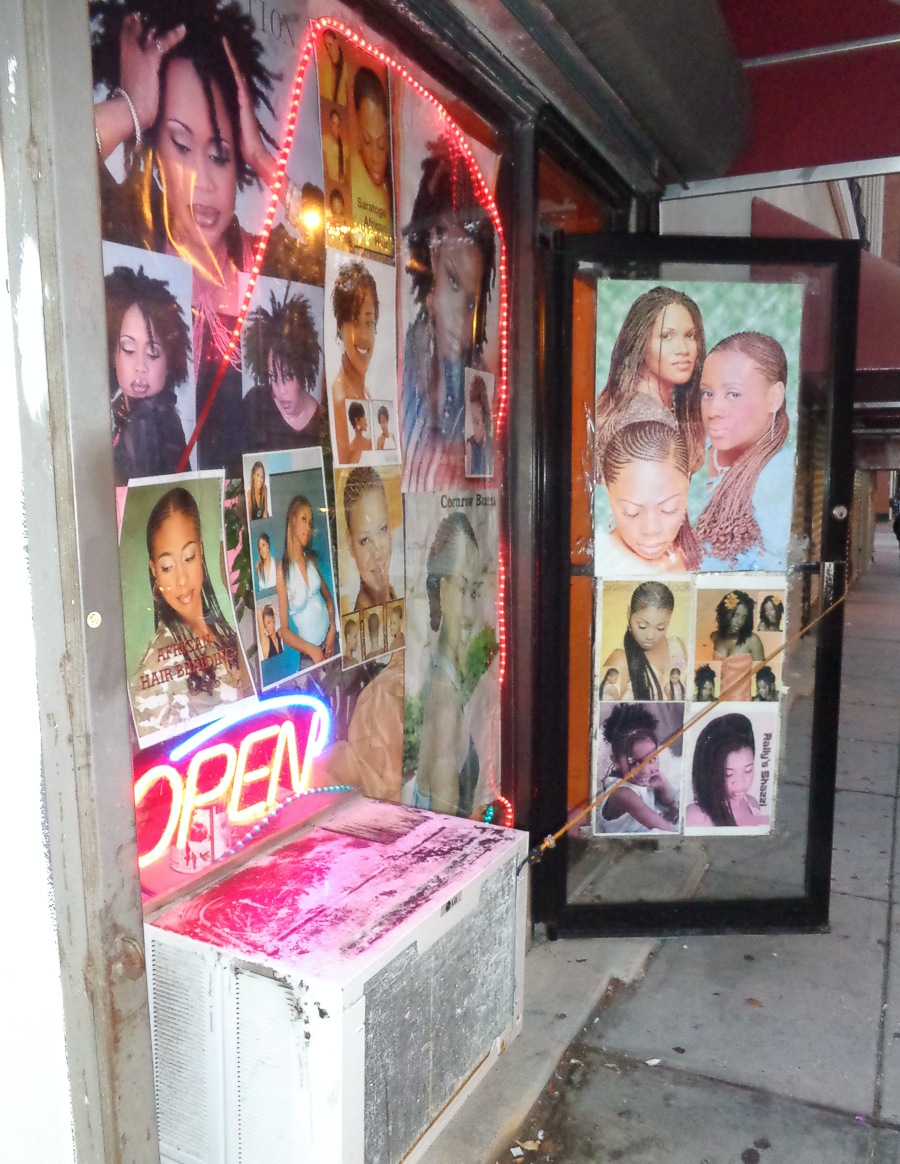 If you love barber shops, you can visit several museums devoted to the art of barbering. I was impressed with the wonderful barbering ephemera displayed at the NYC Barber Shop Museum when I visited in 2018. The National Barber Museum and Hall of Fame in Canal Winchester, Ohio is open by appointment only, but they have interesting galleries online. 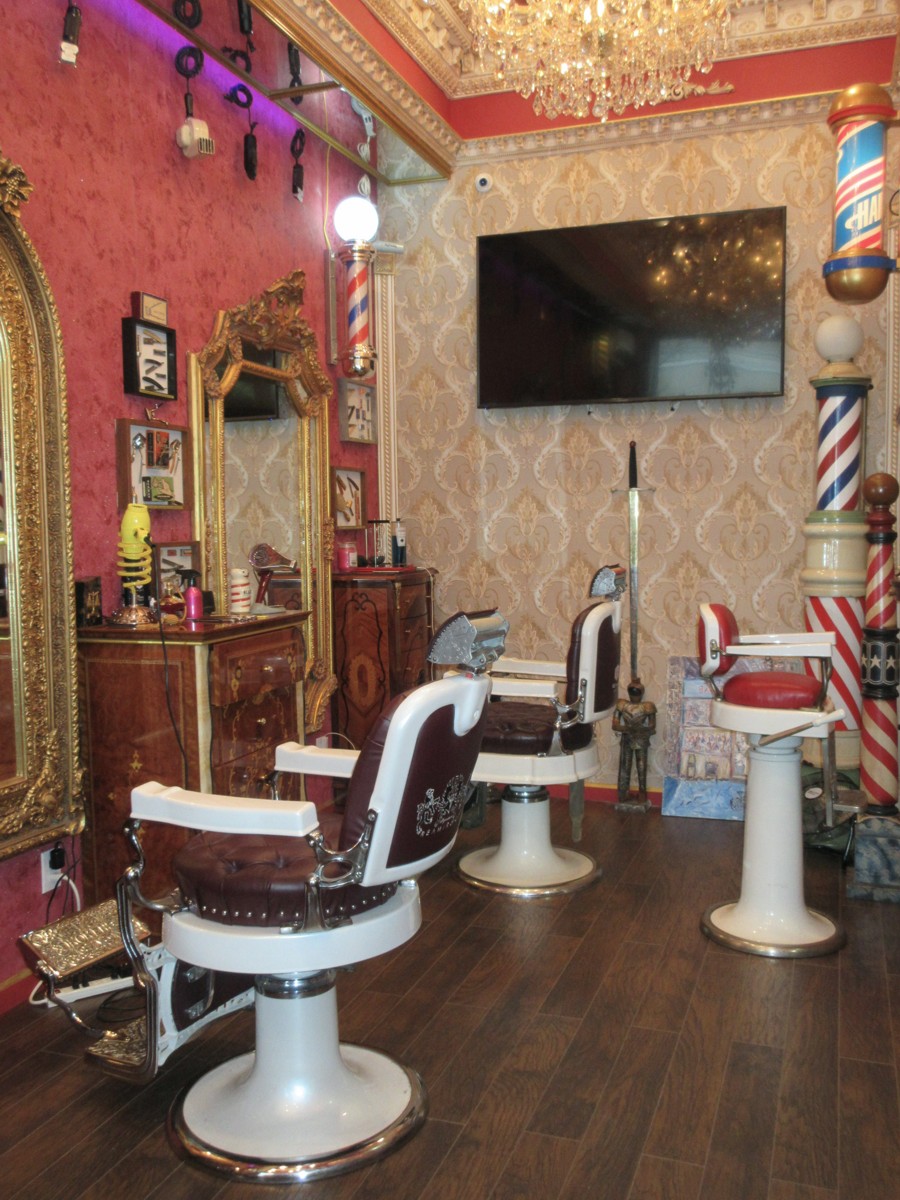 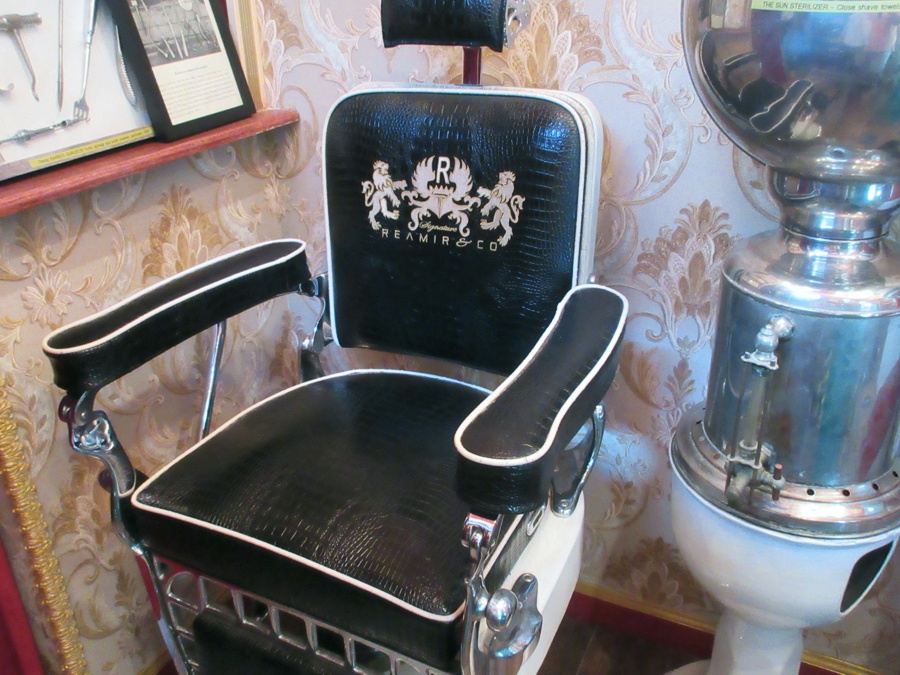 Many people specialize in collecting just one aspect of barbering – like Tuscaloosa barber Rev. Thomas Linton who has an awesome collection of shaving mugs. Linton was an instrumental figure in the Civil Rights Movement in Tuscaloosa. In fact, shaving mugs are so plentiful, you could build a nice collection with one overriding theme, like these beautiful BPOE Elk mugs. 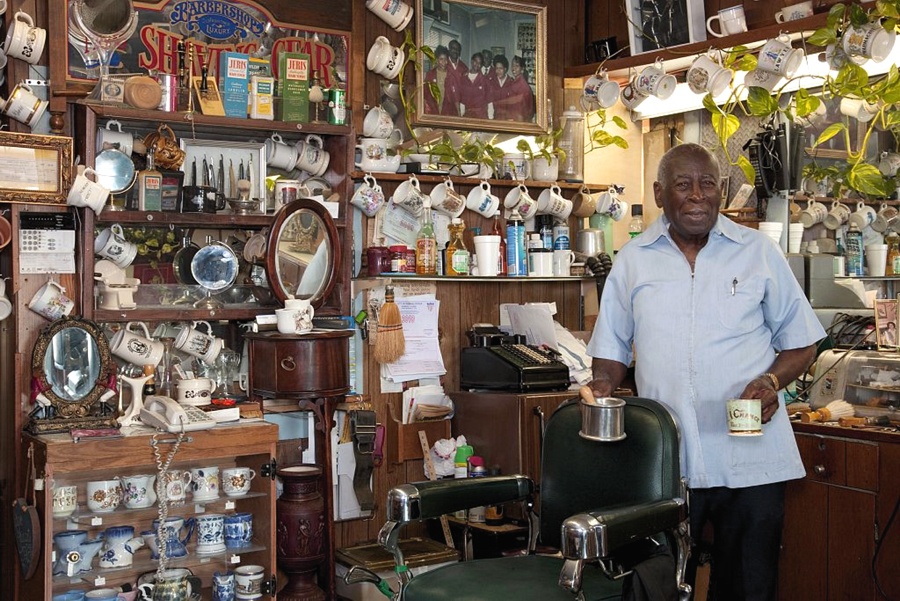 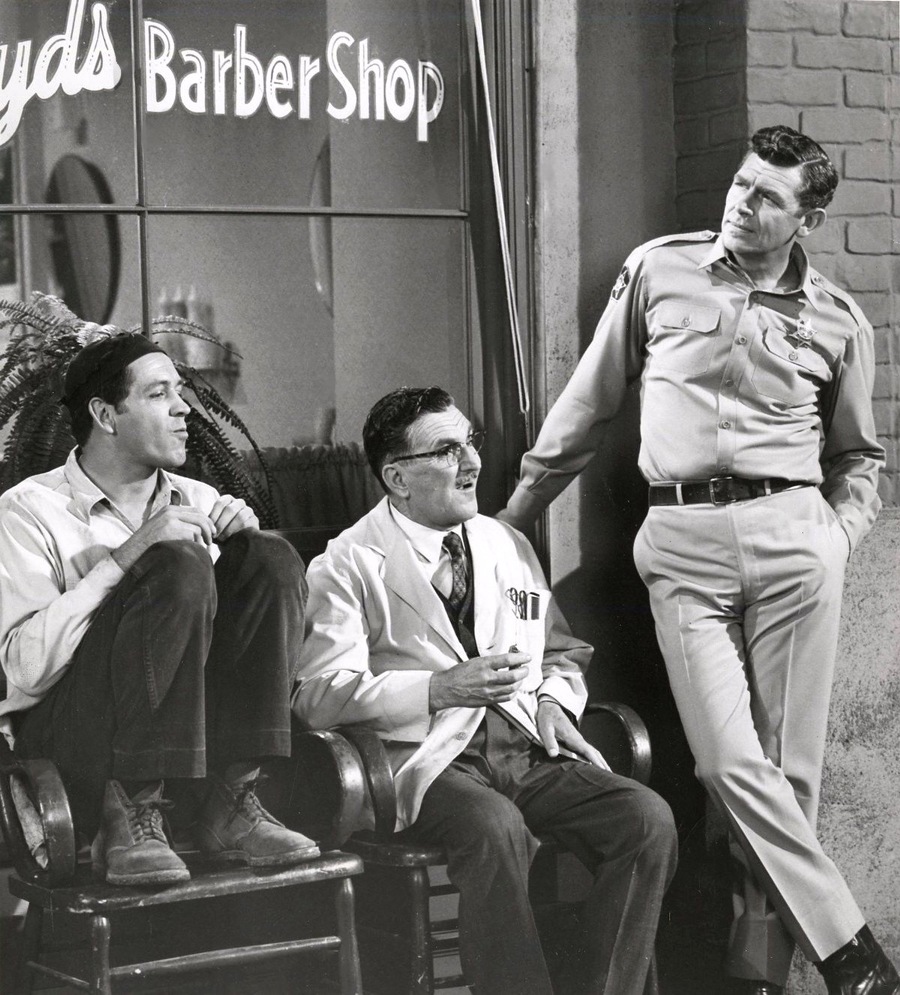