10 Female Artists I Didn’t Learn About in Art School 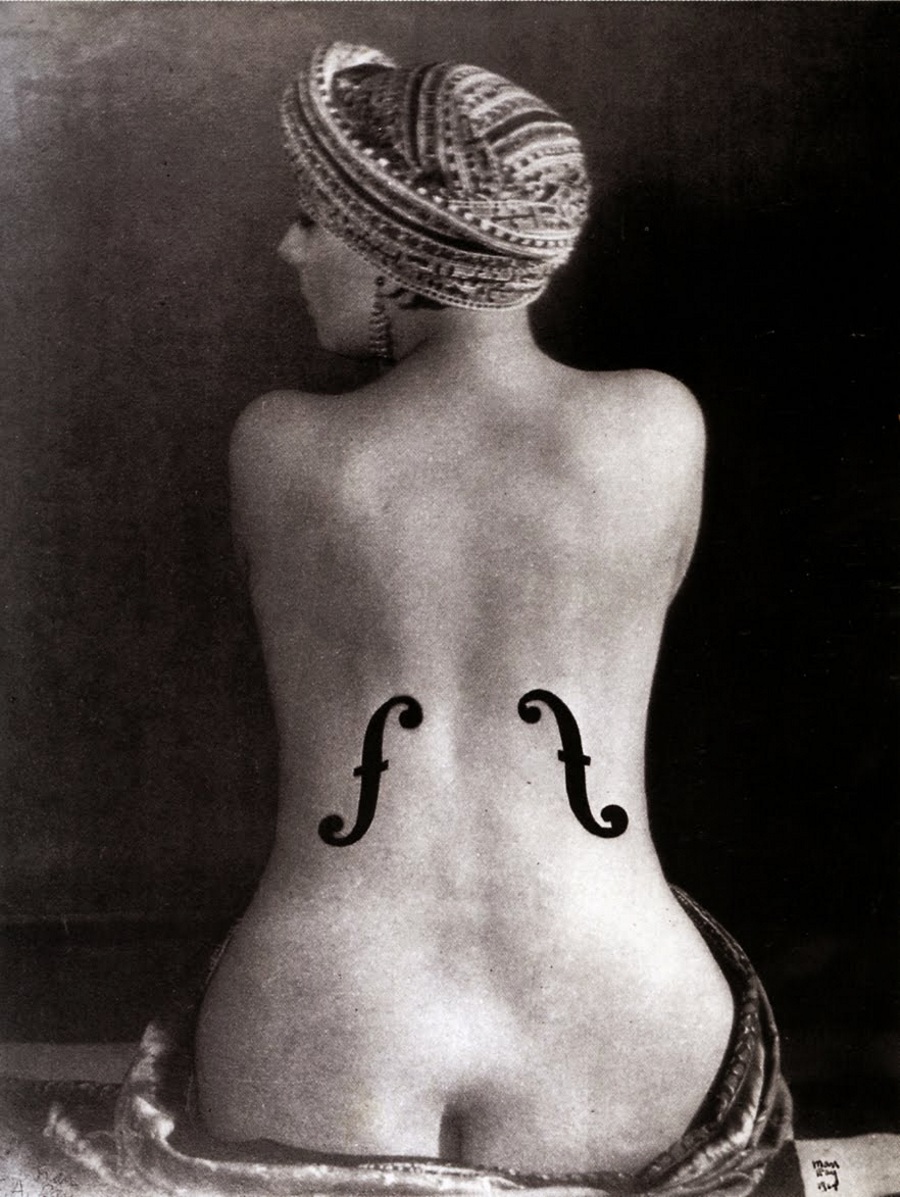 I’ve been reading old Art in America issues and it hit me like a ton of bricks that I learned only about a handful of female artists at the Rhode Island School of Design (RISD). I do remember the visiting artist Jackie Winsor talking about Eva Hesse and Ana Mendieta. On the other hand, we were introduced to many female authors and several famous ones gave lectures.

I met Elaine de Kooning, who was a guest lecturer during my art history class with Baruch Kirschenbaum freshman year. She showed us photos of the sketches for her commissioned JFK painting, among other pieces. It made sense that she was invited to RISD – apparently she was tight friends with Lee Hall, then president of RISD. Hall would betray her good friend four years after de Kooning’s 1989 death from lung cancer in her book, Elaine and Bill: Portrait of a Marriage / The Lives of Willem and Elaine de Kooning. By all accounts, this was a salacious, tell-all, shoddily researched book with mediocre writing that was butchered by critics.

I think the reason we didn’t learn about more female artists was tied to the era in which I went to RISD, 1976 – 1980. Moreover, many female artists who later gained fame were virtually unknown when I was in art school. So in honor of Women’s History Month, here are 10 trailblazing female artists I’m glad I learned about – better late than never. This list barely scratches the surface, but it’s a start. 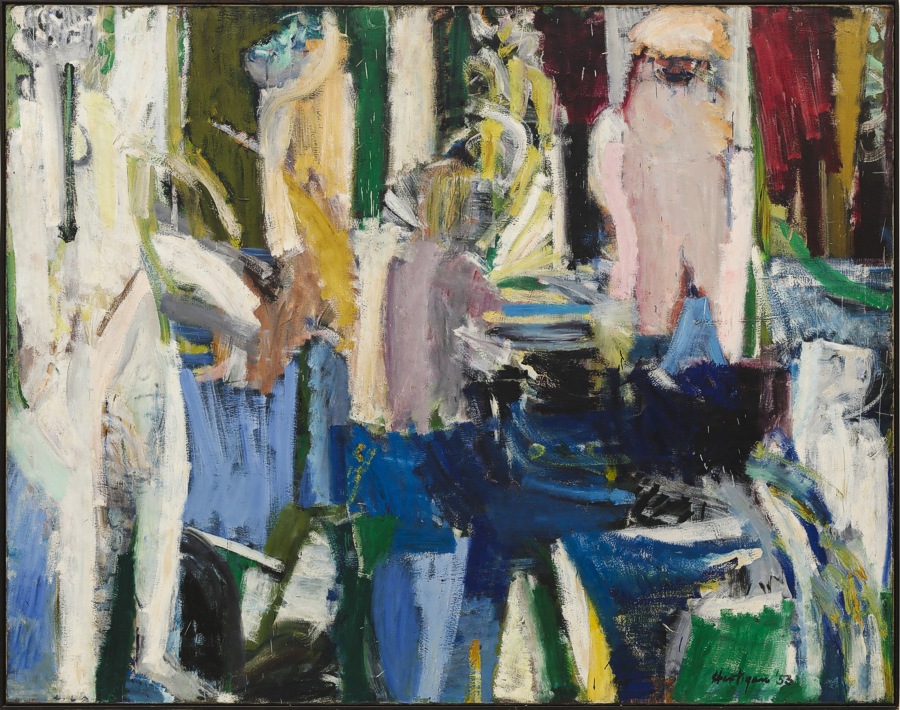 Grace Hartigan (1922 – 2008): I certainly was aware of Helen Frankenthaler and Joan Mitchell, but somehow didn’t know anything about Hartigan until recently. Interestingly, she was the first female Abstract Expressionist to gain fame in 1950, when art critic Clement Greenberg and art historian Meyer Schapiro included her in the New Talent show at the Kootz Gallery. Soon thereafter, she had a one-woman exhibit at the Tibor de Nagy Gallery and sold the painting Persian Jacket to the Museum of Modern Art (MOMA). Hartigan taught at the Maryland Institute College of Art for many years, even after being confined to a wheelchair. She didn’t suffer fools and was apparently beloved by her students, despite ripping them a new one during critiques. 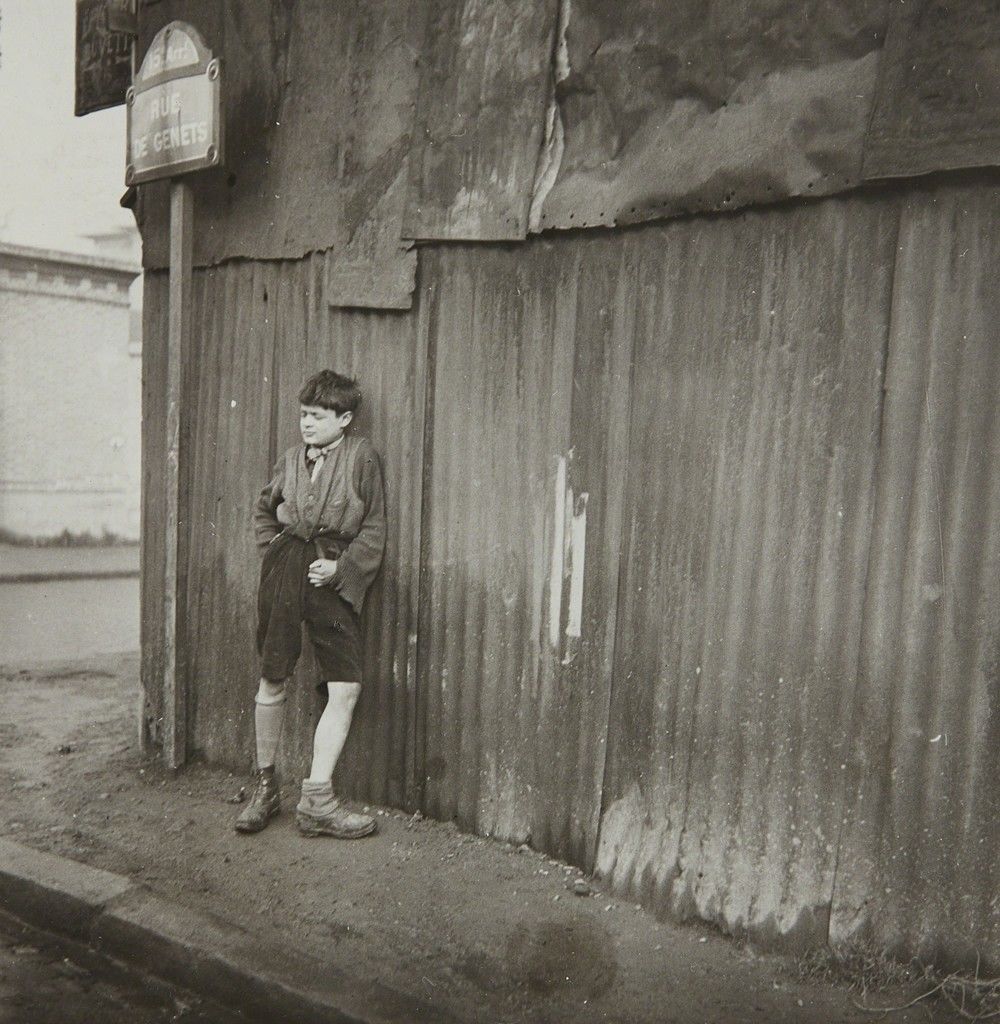 Dora Maar (1907 – 1997): Known for being the mistress of Pablo Picasso from 1935 to 1943, Maar was a groundbreaking Surrealist artist in her own right who produced a remarkable body of work over six decades. When she died in 1997 at age 89, The New York Times headline only mentioned that she was a muse of Picasso, however, she was far more and is finally getting her due. She modeled for him and together, they collaborated on a series of portraits combining experimental photographic and printmaking techniques. She is known for commercial fashion and advertising photography, social documentary projects, and marvelous surrealistic compositions. A major retrospective of her work is on view at the Tate in London through March 2020. 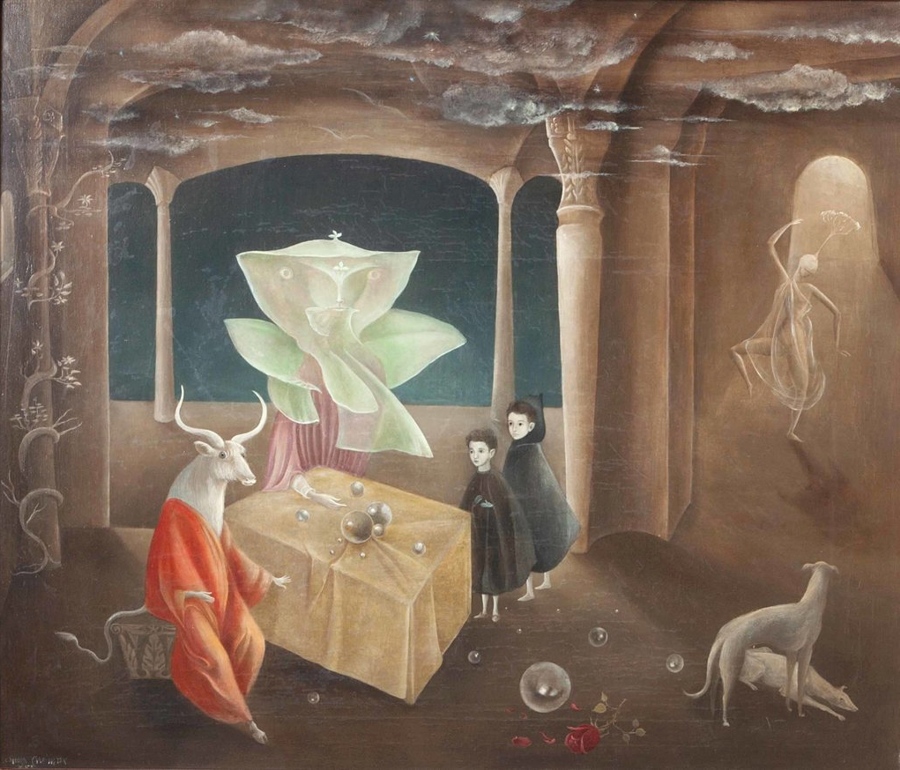 And Then We Saw the Daughter of the Minotaur by Leonora Carrington, 1953 (Source: The New York Times)

Leonora Carrington (1917 – 2011): In 1937, Carrington ran away to France with the Surrealist artist Max Ernst, who was married and 26 years her senior. After living in Paris for a short time, she and Ernst settled in the tiny village of Saint-Martin-d’Ardèche. They transformed their house into a work of art, with paintings on the cupboards and a mosaic depicting a bat laid into the basement floor. World War II forced them to be separated and Carrington had a nervous breakdown. Ernst married Peggy Guggenheim in 1941 and while the marriage didn’t last, Carrington and Ernst never resumed their relationship. Carrington’s paintings focused on magical realism and alchemy, incorporating autobiographical details and symbolism. In the 1970s, Carrington became involved in the Women’s Liberation movement in Mexico. 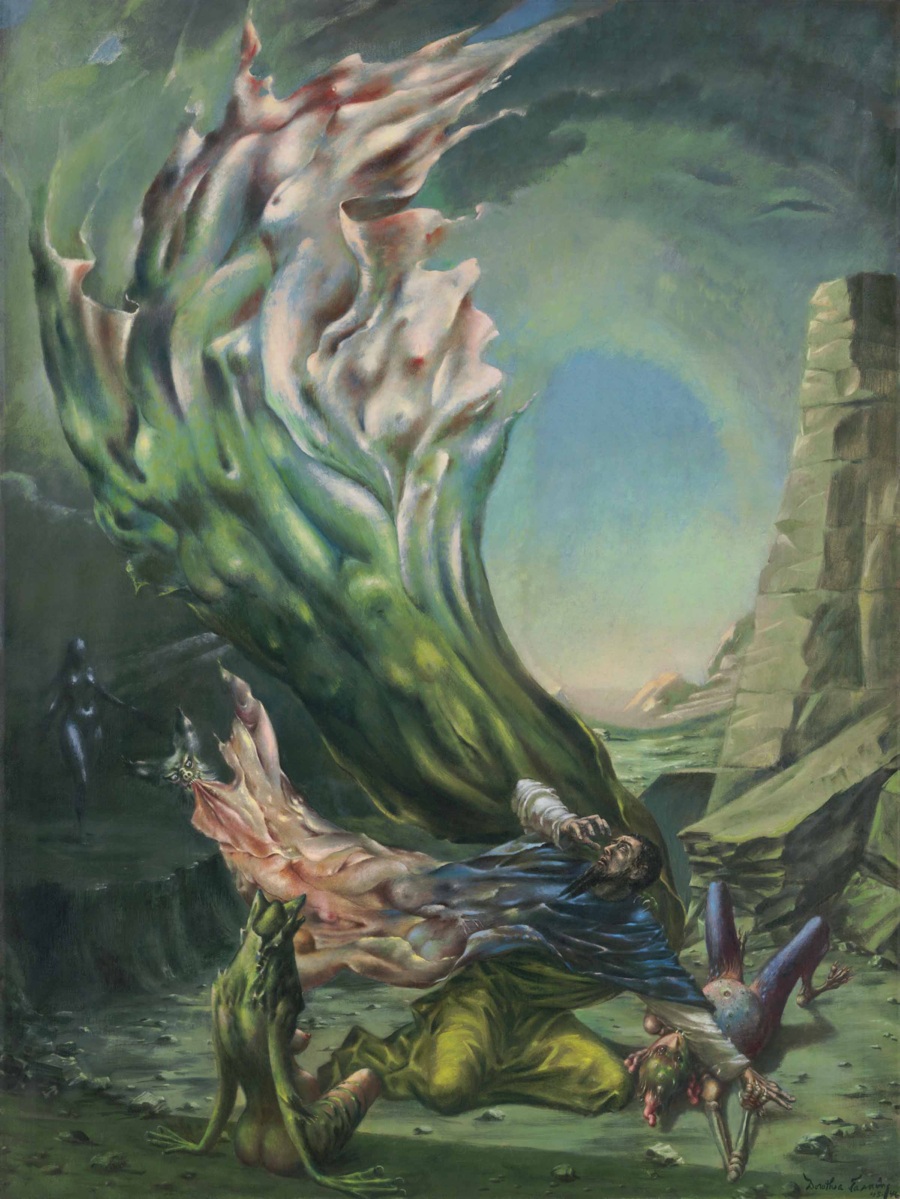 Dorothea Tanning (1910 – 2012): Born in Galesburg, Illinois, the mainly self-taught artist moved to NYC in 1935, securing work as a freelance illustrator. She was profoundly inspired by the groundbreaking exhibition Fantastic Art, Dada, Surrealism at MOMA, which she visited in December 1936. In July 1939, she went to France in hopes of meeting artists including Ernst, Chaim Soutine, Yves Tanguy, and Picasso. On the brink of war, most artists had deserted the city so she returned to NYC and didn’t meet Ernst until late 1942. Tanning became Ernst’s fourth wife in October 1946 and stayed with him until his death in 1976. Her early work was meticulous in its attention to details, built-up surfaces, and carefully muted brushstrokes. By the 1960s, it was primarily abstract with suggestive female forms. Tanning also enjoyed a literary career as a writer and poet. A large-scale exhibition of Tanning’s work at the Tate (February 27 – June 9, 2019), featured 100 works from her stellar and eclectic seven-decade career. 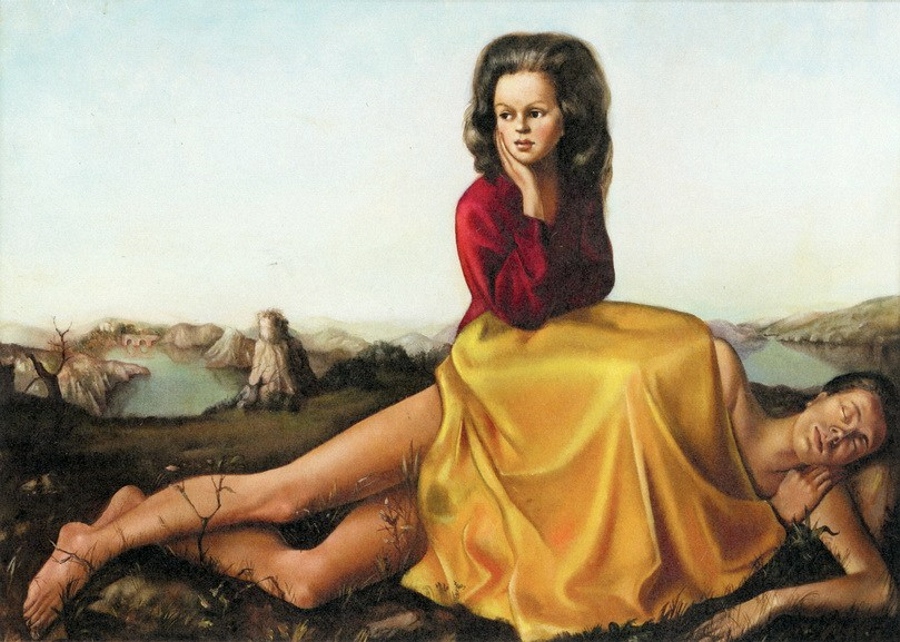 Leonor Fini (1907 – 1996): An uncompromising visionary, the Argentinian artist infused her female subjects with unprecedented sexual prowess and power, while men were often depicted as passive and androgynous. Infamous for her daring, flamboyant, and bohemian lifestyle, Fini lived life on her own terms: “I have always loved, and lived, my own theatre.” In addition to painting, she designed theatrical sets and costumes for the Paris Opera, George Balanchine’s ballet Palais de Crystal, Roland Petit’s company Ballets de Paris, and Federico Fellini’s groundbreaking film 8 ½. She also illustrated one version of the erotic book Histoire d’O (The Story of O). When she moved to Paris in 1931 or 1932, she met and was influenced by many male Surrealist artists and the photographer Henri Cartier-Bresson took several photos of her, the most famous of which was the nude in a pool from 1933. The NYC Museum of Sex exhibit, Theatre of Desire 1930 – 1990 (September 28, 2018 – March 4, 2019) was the first American museum survey of her amazing artwork. 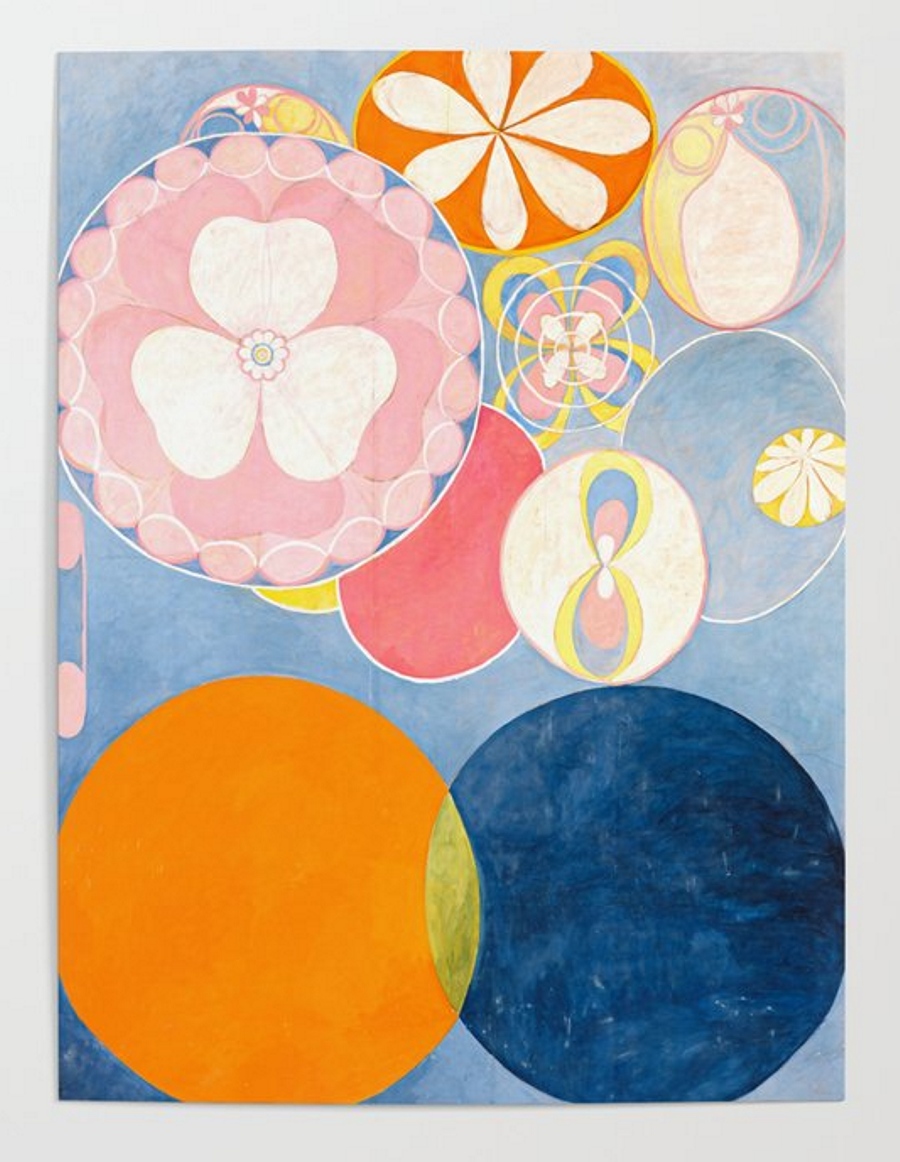 Hilma Af Klimt (1862 – 1944): Although the Swedish artist started creating radically abstract and colorful paintings in 1906, her work was virtually unseen until 1986. Produced between 1906 and 1915, her paintings articulate her mystical views of reality. These paintings are strikingly diverse, with biomorphic and geometric forms, expansive and intimate scales, and maximalist and reductivist approaches to composition and color. A major retrospective of her paintings was on display at the Guggenheim (October 2018 – April 23, 2019). It’s hard to believe these works were created more than 100 years ago – they’re remarkably contemporary. 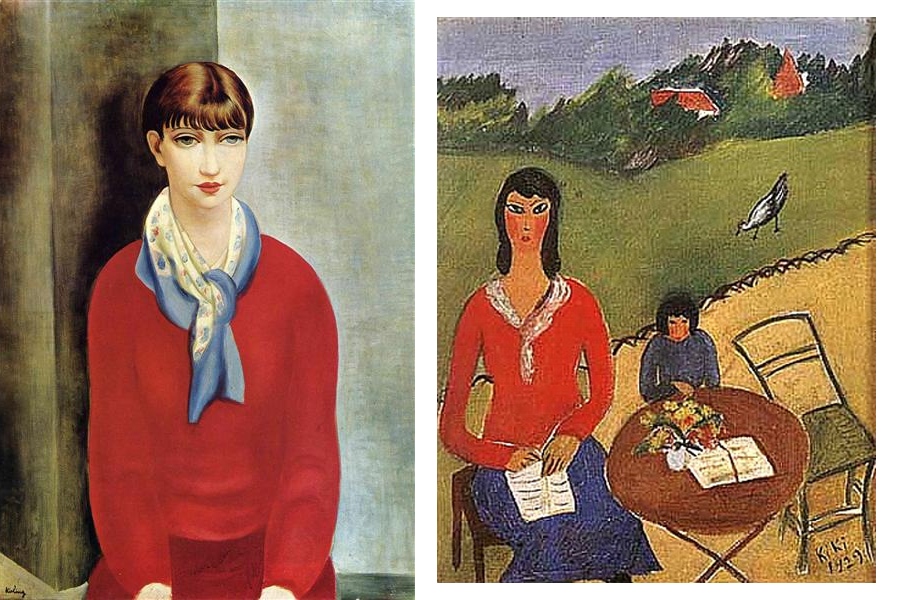 Kiki de Montparnasse in a red jumper and a blue scarf by Moise Kisling, 1925 and Self-Portrait by Kiki, 1929 (Source: Wikiart)

Kiki de Montparnasse (1901 – 1953): Born Alice Prin and most famous for being the muse and lover of Surrealist photographer Man Ray in the early 1920s, de Montparnasse also modeled for Amedeo Modigliani and Alexander Calder, among others. During the 1920s, she painted naïve works of circus and city scenes, signing them Kiki, and her sold-out 1927 exhibit in Paris was a huge success. When Lee Miller showed up in Paris to study with Man Ray, he was smitten and broke up with de Montparnasse. In 1929, she published her memoirs, which detailed her lifestyle with shocking honesty. She was just 51 when she died, apparently due to complications from alcoholism or drug dependence. While portraits painted by other artists are abundant, it’s harder to find images of the paintings she created. 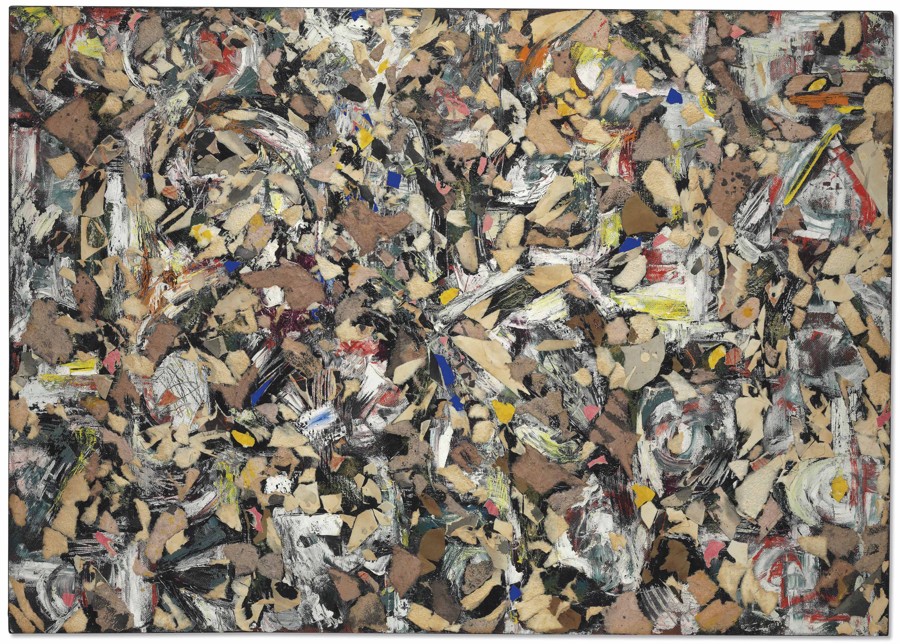 Lee Krasner (1908 – 1984): Another superbly talented artist, Krasner was overshadowed by her larger-than-life husband Jackson Pollock, even after his death in 1956 – by choice to some extent. I didn’t know a lot about her until 2000, when the film Pollock was released and Marcia Gay Harden gave an Oscar-winning performance as Krasner. During the late 1930s to early 1940s, she created gouache sketches in the hopes of creating an abstract mural, but this was sidelined when she worked for the Works Progress Administration. In 1978, Krasner was finally given her rightful place alongside Pollock, Rothko, and other artists in the exhibition Abstract Expressionism: The Formative Years. I saw a wonderful exhibit of her work at The Jewish Museum in NYC in 2014. She is also one the few female artists with the distinction of a retrospective exhibit at MOMA (December 1984 – February 12, 1985). 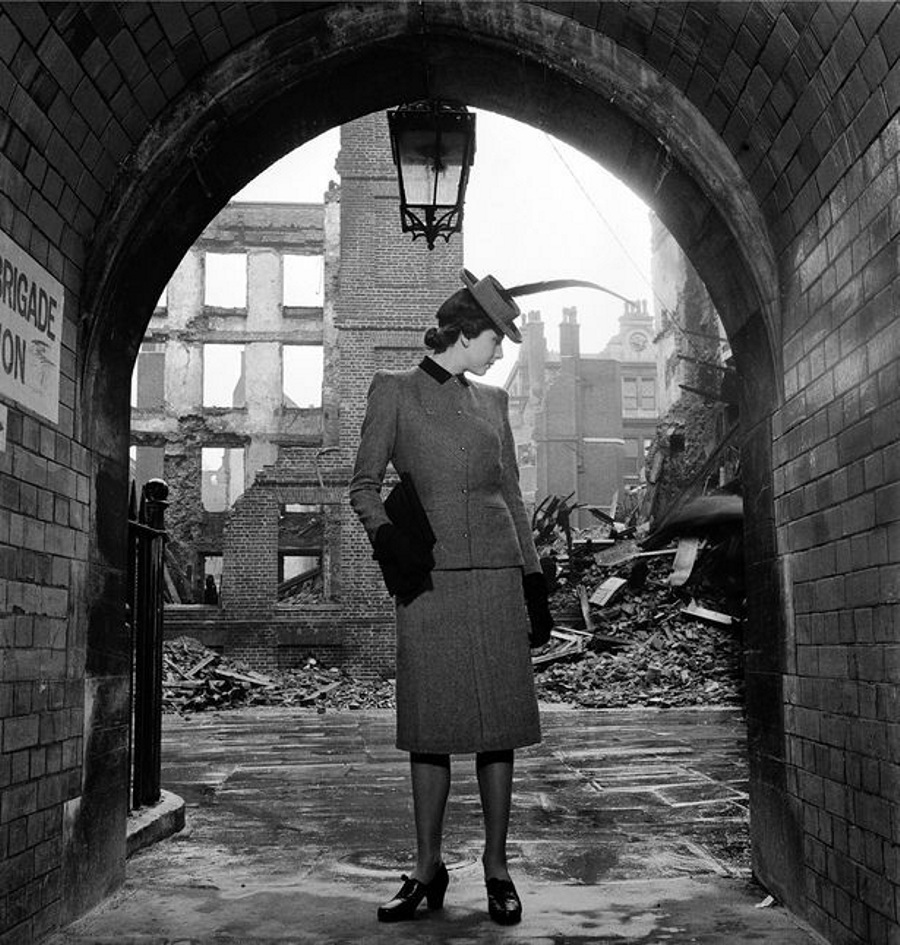 Lee Miller (1907 – 1977): The victim of rape and an STD at age 7 and later exploitation by her photographer father, Miller started her career as a sought-after fashion model in the 1920s in NYC. Unhappy with the modeling life, she moved to Paris, where she became a student, mistress, and muse to Man Ray. Among her friends were Picasso, Paul Éluard, and Jean Cocteau. Cocteau coated her in butter and transformed her into a plaster cast of a classical statue for his film, The Blood of a Poe. She left Man Ray in 1932 and established a portrait and commercial photo studio in NYC. During her time as a correspondent and photographer for Vogue, Miller covered everything from fashion in London to the brutality of war. She took some of the first photographs during the liberation of the Dachau and Buchenwald concentration camps, documenting the horrific monstrosities of the Nazi regime. Sadly, Miller suffered from alcoholism and PTSD, likely brought on by the childhood abuse coupled with witnessing the horrors of war. When she died in 1977, her only son Antony Penrose found 60,000 negatives in her attic, and through his efforts, Miller’s work finally received the well-deserved fame it didn’t garner in her lifetime. Interestingly, Miller took photos of two of the other female artists featured here, both of whom were linked to Ernst – Carrington and  Tanning. 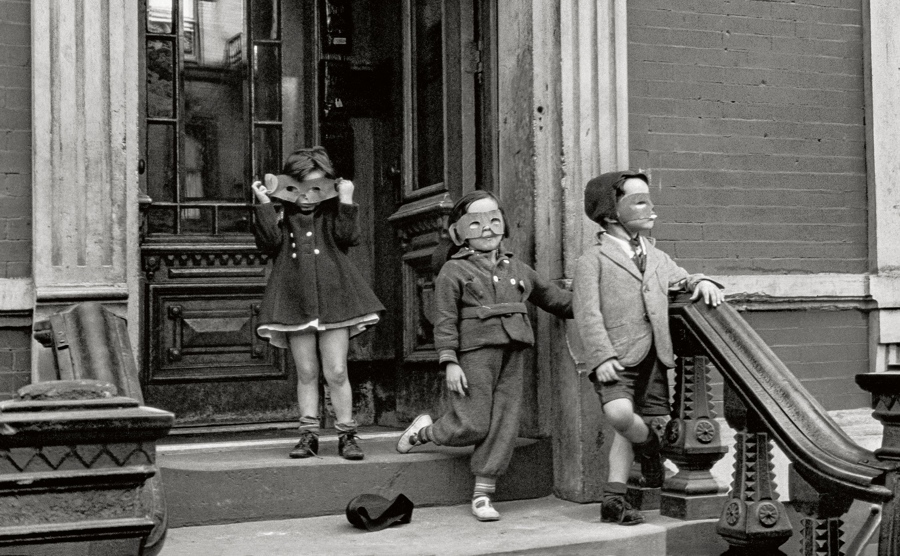 Helen Levitt (1913 – 2009): One of the original street photographers, Levitt is one of my favorites, along with Berenice Abbott. Although she was included in the Family of Man exhibit and I owned a copy of the book at RISD, I didn’t know much about her until many years later. Levitt knew she wanted to be a photographer as a teenager and became friends with Walker Evans and Cartier-Bresson. She was also influenced by Sid Grossman, leader of the Photo League who encouraged photographers to shoot images with social awareness. By 1939, her photos were being published in magazines including Fortune, U.S. Camera, Minicam, and PM and she had her first solo exhibit at MOMA in 1943. Although she is most famous for her black and white NYC photos depicting children playing in the streets and everyday scenes, she was a pioneer of color photography and produced wonderful dye-transfer prints in the 1960s to 1980s.

Painting… in which the inner and the outer man are inseparable, transcends technique, transcends subject and moves into the realm of the inevitable. ~ Lee Krasner