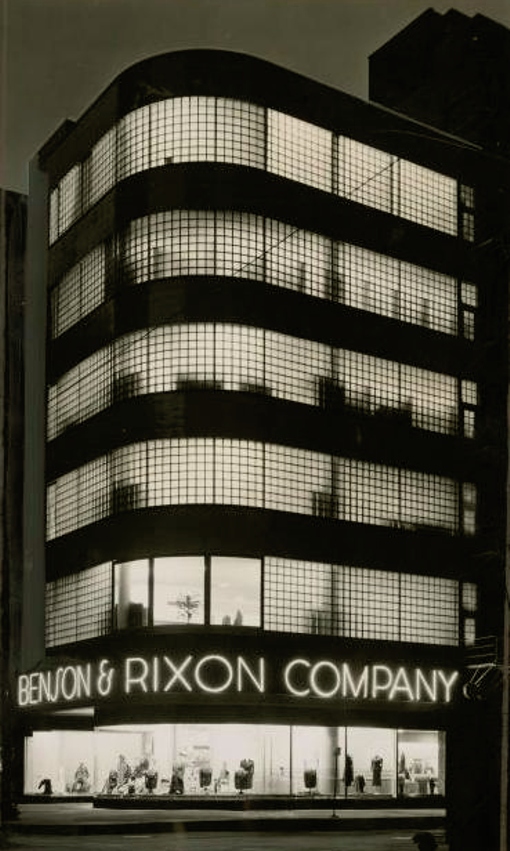 While cleaning out my parent’s basement, I discovered a bunch of old newspaper clips from the Apollo 11 moon landing, dated July 21, 22, 23, and 24, 1969. The clips themselves are intriguing, although essentially worthless from a monetary standpoint. I actually found myself more fascinated by the ads. I have highlighted a few of the business of yesteryear that once upon a time graced the Windy City. Although I have blogged about other defunct Chi-Town shops, this article only features retail stores for which I found ads – a subsequent article will cover a few cultural venues unearthed in these clips. Benson-Rixon Benson-Rixon men’s store had multiple locations, including the flagship location at 230 South State Street – now home to a McDonalds on the ground level. This is not a store that my dad frequented – he was a Brooks Brothers guy through and through! This store has a fascinating history – in the ad it is called Benson-Rixon, but other references refer to the store as Benson & Rixon. Hans A. Rixon, born in 1864, the son of a German manufacturer of woolen goods, immigrated to Chicago with his family. In 1886, he started clerking for Charles Rixon at 701 Milwaukee Avenue and served as the store’s general manager. In 1890, he opened his own gent’s clothing shop at 851 North Avenue, continuing this business until 1895. He then combined his business with Mr. Rixon’s business, moving to 1730 Milwaukee Avenue. In 1896, Mr. Rixon became a partner and vice president of the Benson-Rixon store, originally established by Paul J. Benson and Albert Rixon in 1889. According to an excerpt from the History of Cook County, Illinois, by 1909, the gentlemen owned three stores.