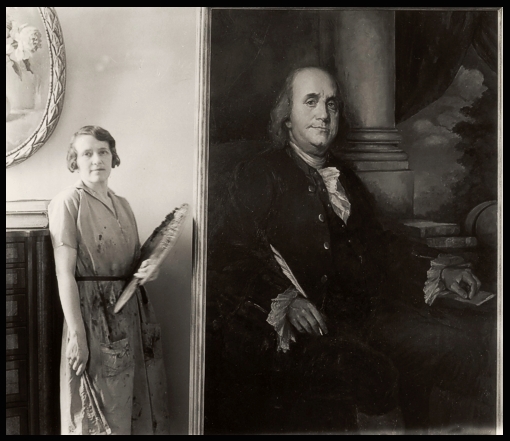 Sometimes the oddest random encounter leads to sleuthing. In this case, a visit to the Salvation Army Family Store in Mundelein led to my interest in an artist known as Countess Zichy, as well as the NYC-based publisher Edward Gross that printed reproductions of many of her paintings. Erzsebet Podvinecz, often went by the name Maria, but painted under the name Countess Maria Zichy after she emigrated to the U.S.   Erzsebet (Elizabeth) Maria Podvinecz was born in Budapest, Hungary on June 29, 1893 to Daniel Podvinecz and Hermina Racz (Rosenberg). Daniel Podvinecz was somewhat famous in his own right, an industrialist who built motors and motorcars. In 1901, at the tender age of 25, Daniel and his 24-year-old partner Vilmos Heisler, started assembling Austrian Leesdorfer cars. Their work is acknowledged as important in the creation of MÁG (later known as Magomobil – Hungarian General Machine Factory Corp.), the most important Hungarian vehicle manufacturer before World War II, based in Budapest.