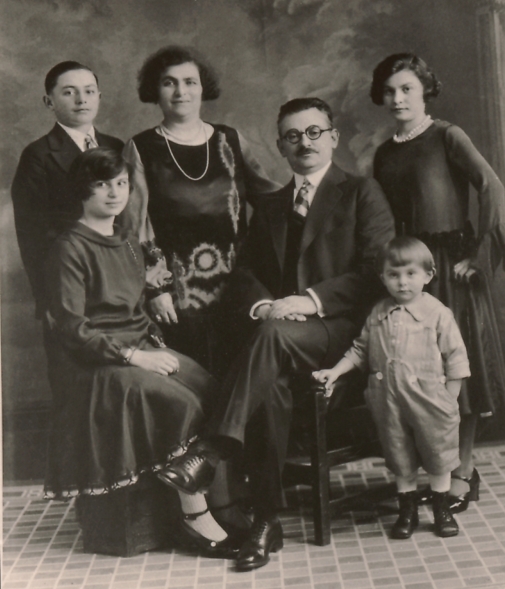 My paternal grandfather Abraham immigrated by himself to America in 1905, leaving behind my grandmother Nettie to fend for herself with their firstborn infant, my Aunt Ella, in a small village near Lomza, Poland. Once my grandfather settled in NYC, he worked in the garment industry as an embroiderer – the trade he learned in the old country. He returned to Poland in late 1911, already a U.S. citizen – Jacob (my Uncle Jack) was born in 1912 and when Abraham left again for America later that year, he was unaware that my grandmother was pregnant with Dora (my Aunt Dottie), who was born in 1913. When World War I broke out, he was separated once again from his family, this time for even longer. He returned to Poland in 1919, moved the family temporarily to Lomza, and worked towards the goal of immigration for his family. Abraham, Nettie, and the three children stepped foot on Ellis Island on April 9, 1921, after sailing from Southampton on the Aquitania. My dad Sam was the only member of his immediate family to be born in America, in September 1923.