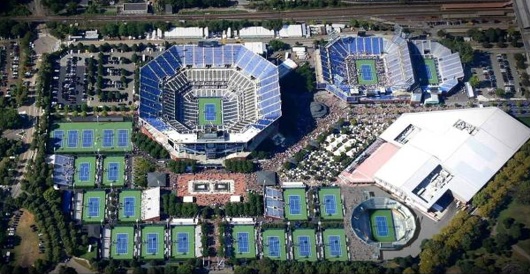 Jeff and I enjoy watching tennis as much as playing tennis. So we look forward to watching the four Grand Slams when they air – either on network TV or streaming from ESPN. This year the streaming quality from ESPN was sketchy, but we still managed to watch enough tennis to get our fill. It is our ultimate dream to attend the US Open in person one day – my sister has done so at least three times for free – thanks to a connection she has, or had. Ironic, considering she doesn’t play tennis and really has no interest in the game other than to rub shoulders with celebrities. Reflections on Flushing Meadows – The 2012 US Open The closest I have ever gotten to the USTA Billie Jean King National Tennis Center was when I flew out of LaGuardia Airport in late August 2010 and got a spectacular birds-eye view of the entire complex. My daughter and I had been staying at a hotel where some of the qualifiers were staying and we spotted many others in Midtown – very cool, indeed. I was rooting for Andy Murray to win his first Grand Slam – the guy tries so hard and always seems to be the runner-up … with the exception of this summer’s Olympics. I was very happy to see him beat Novak Djokovic in what turned out to be a mind-blowing, exhausting 5-set match. It was very windy, but not as bad as it was during Murray’s match against Tomas Berdych – that was downright insane. 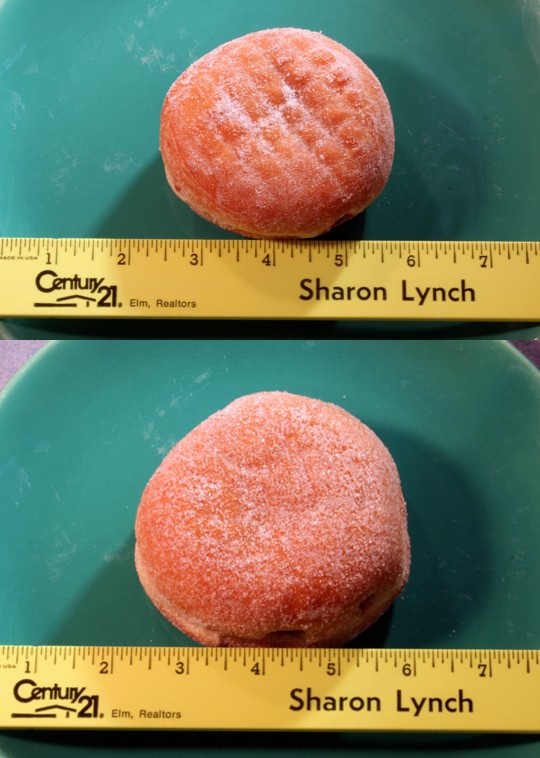 Dunkin’ Donuts at 3350 Kirchoff Road in Rolling Meadows has lost my business – not that it matters since I frequent that location 3-4 times a year at most. I was over in that plaza yesterday to go to the post office and get my hair cut, so I thought, why not? I had in hand a 2 donuts for 99 cents coupon. As I approached the counter, the female clerk immediately asked what I wanted before I could browse the donut selection. The mistake I made was presenting the coupon to her before ordering. She burst out laughing – I looked around and nobody else was in sight so this must have been an inside joke. Yeah, the joke was on me. She stood on her tiptoes and nearly strained her back, reaching all the way to the back row of jelly donuts to grab the puniest munchkin-size donuts ever made. After I looked inside the bag in my car, I realized that this location obviously shafts customers with coupons. These donuts were half the size of the donuts in the front of the tray and really pathetic.