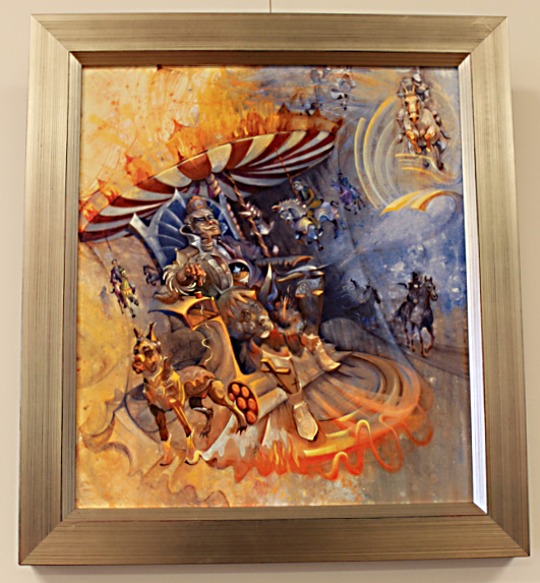 Creative types have been fascinated by clowns, circuses, and circus freaks for eons – from film directors to musicians to amateur artists. Examples are the rather commercial clown paintings of Red Skelton, the notorious groundbreaking film Freaks, directed by Todd Browning in 1932, and most recently – Water for Elephants starring Reese Witherspoon. Widely considered a masterpiece, the most touching clown-related film – and my personal favorite – Fellini’s La Strada. Personally, I find clowns rather creepy which is why they are so fascinating. It seems as though amateur painters make up the vast majority of the clown painting genre. I have bought kitschy clown paintings at thrift stores for my own collection. So it is refreshing that Life’s a Tightrope at Studio 659 takes on this theme with a creative, ambitious zeal, presenting the work of fine artists rather than amateurs. Many of the artists appear to feel the same way I do about clowns – there is a decidedly dark underbelly lurking beneath the surface.