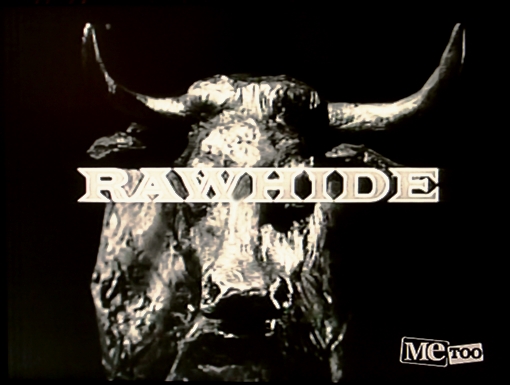 In general, I am not a huge fan of Western television shows with a few exceptions, but I have to say that Rawhide, which aired from 1959-1965, is notable for many reasons. First of all, it made a household name out of a young Clint Eastwood, who played Rowdy Yates. Second, many now famous actors/actresses got their starts as guest stars on the show, sometimes appearing in more than one episode. Third, during the seventh season, the opening sequence featured live action shots of the actors beings portrayed that transform into intriguing bronze sculptures. This is what really piqued my interest and inspired me to dig further and write an article about this unique Western television series. And that led to my fascination with Eric Fleming, who played Rowdy’s boss Gil Favor. A special thanks to Ellen Thorp for creating When Westerns Ruled and her in-depth and touching article on Fleming. Eric Fleming – Gil Favor Eric Fleming was born Edward Heddy Jr. on July 4, 1925 in Santa Paula, Calif. His dad was physically abusive towards him, and at the age of 9, there was a particularly sadistic episode in which his dad beat him so badly with the end of a belt buckle, that he was unable to get up for two days. When he recovered, the young Fleming reacted by holding a revolver to his dad’s head, trying to kill him. The gun misfired and Fleming ran away, hopping on a freight train. He ended up in gangs, committing thefts and petty crimes, until the age of 11, when he was badly injured in a gang fight and busted by the police. They were going to send him back to his dad, but when they saw the look of terror in his eyes, they sent him to live with his mom.