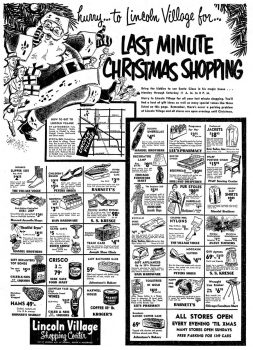 Built by Chicago banker E. G. Shinner in 1951, Lincoln Village preceded Old Orchard by five years and was considered groundbreaking at the time. The motto of the $2 million dollar shopping center was, “You’ll find it at the Village.” Indeed, when I was growing up, Lincoln Village was our go-to shopping center when we wanted a more intimate experience than Old Orchard. I recently unearthed some 1950s Chicago Tribune ads featuring many Village businesses that existed before I was born and some I remember from my youth, which prompted writing this blog.  Despite a good deal of sleuth work, I have never been able to find any photos of my favorite store, Harmony Hall, and no online mentions, except for a few comments on my blog. It’s almost as if the store never existed. I remember the sidewalk sales during my years working at Bronson Coles Studios. While I rarely found anything, I recall thinking Barnett’s clothing was better suited to middle-aged or older women. The original Lincoln Village shopping center was quaint and intimate – today’s remodeled, re-imagined modern version resembles an ugly strip mall.   Bronson Coles Studios My close friend Joan worked next door at the Fannie May and saw a sign posted on Bronson Coles that they were looking for somebody to do photo retouching. I started working at the photo studio the beginning of my senior year in high school and came back during summers during college. Joan and I would meet in the communal bathroom in the basement, which was kind of creepy. This was long before cell phones, so we would have to preplan when we’d meet. I lucked out when the full-time darkroom technician Dennis left to start his own studio in Park Ridge. Since I graduated early from high school… 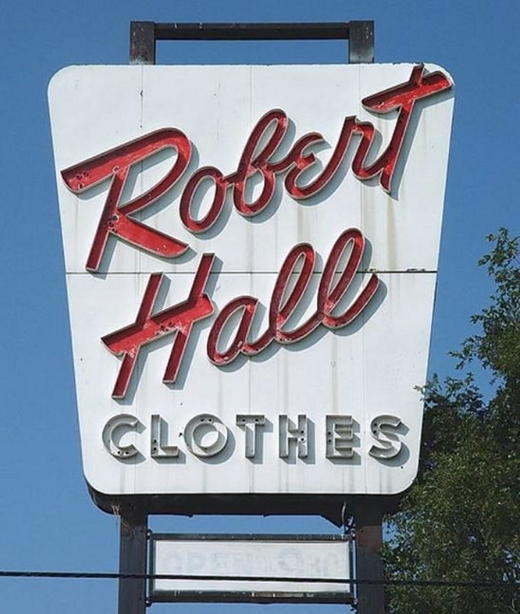