Rockin’ Out with Bret Michaels at Frontier Days – No Kidding

When I told Jeff three weeks ago that I wanted to go see Bret Michaels at Frontier Days, an annual local festival in Arlington Heights, he was a bit dumbfounded. So was I, quite frankly, because my musical taste, while eclectic, is more closely aligned with the likes of Regina Spektor, The Lumineers, Patti Smith, Bob Dylan, The Velvet Underground … you get the idea. In any case, I think I was curious because Bret Michaels is above all a gutsy survivor. Regardless of the cheesy Rock of Love with Bret Michaels reality show or how one feels about his music, it is undeniable that this guy is scrappy. So what if I was the lone person (with hubby in tow) out of 22,000 folks who wasn’t there that night to rock out, get drunk, and boogie down. I wanted to see firsthand this cool country cat who must have been blessed with nine lives. If you don’t know Michaels’ story, I urge you to read on.

In addition to coping with juvenile diabetes, a series of life-threatening medical events turned Michaels’ life upside down starting in April 2010. On April 12, 2010, Michaels was admitted to the hospital with intense stomach pains that led to an emergency appendectomy. About 10 days later, Michaels was rushed to the hospital with an excruciating headache. Doctors discovered that he had suffered a massive subarachnoid hemorrhage – or cerebral aneurysm. Only 30 percent of patients survive such incidents and many are left with permanent deficits. Miraculously, just 2 weeks later, his neurosurgeon Joseph Zabramski of Barrow Neurosurgical Associates, announced that Michaels was indeed one of the lucky few to survive and he would make a full recovery. However, he wasn’t out of the woods yet.

On May 20, 2010, Michaels was readmitted to Barrow after suffering numbness on the left side of his body. While conducting diagnostic tests, it was discovered that Michaels had a patent foramen ovale (a hole in the heart). This congenital heart defect is a risk factor for stroke. His doctors believe that this transient ischemic attack (TIA) or warning stroke was tied to the heart defect and likely unrelated to the far more serious brain hemorrhage he suffered the prior month. The 2010 incidents actually came after an accident that occurred on June 7, 2009 at the 63rd Tony Awards. Michaels incurred a head injury after finishing his performance and walking head on into a descending set. In addition, he suffered a fractured nose and a split lip that required three stitches.

After his April 2010 brush with death, Michaels sued the Tony Awards event organizers, claiming that the accident led to the brain hemorrhage – the case was settled in his favor. Cerebral aneurysm is a topic I have researched and written about … and indeed from a clinical standpoint, injuries or trauma to the brain vessels can result in an aneurysm.

So I guess it was this amazing story that led me on this particular summer night to stand with groupies outside the fence a few feet from where Michaels would emerge from his massive tour bus. That is the closest I would get, as throngs of people had camped out on the grass and beyond for hours prior to the concert. It was literally wall-to-wall flesh for his concert, with attendance reaching epic proportions. I think this surprised me – I didn’t realize Michaels had so many fans.  As he emerged from his bus, everybody but me shouted for Michaels to turn towards us, but alas, he did not. I was close enough to see that he was a small guy, albeit with impressive guns, and he was wearing a lot of mascara.

So Jeff and I decided to just enjoy the scene and take some photos, as we do every year. I was looking for tattoos, but the massive crowd made taking any photos challenging. There was only one song that I really loved – Poison’s number-one single, Every Rose Has Its Thorn. The crowd went absolutely crazy … and after taking photos of a cute 60ish couple slow dancing, an overage hippy getting down, and a grandma licking a lollipop and nodding off, we retreated to the carnival to absorb the vibes of a beautiful, hot July night. 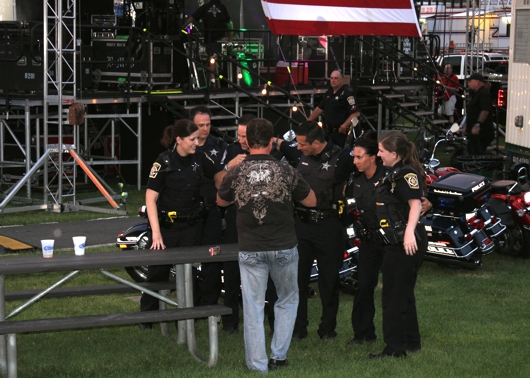 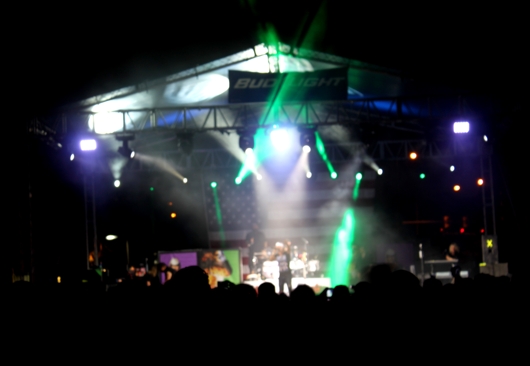 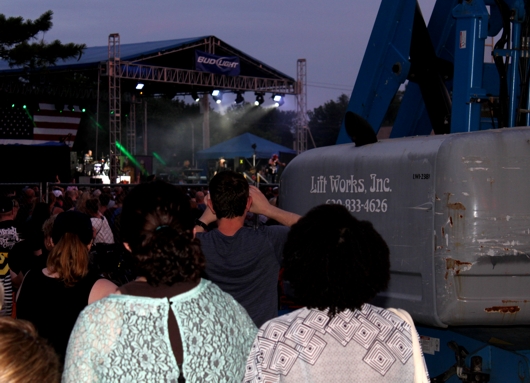 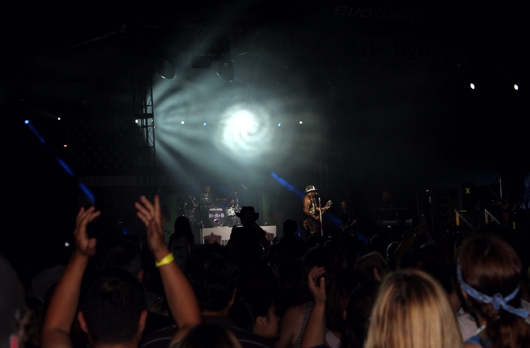 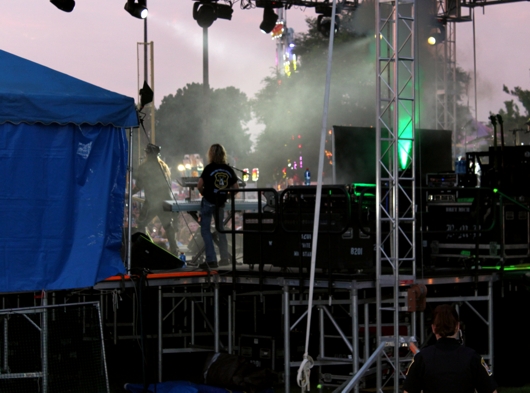 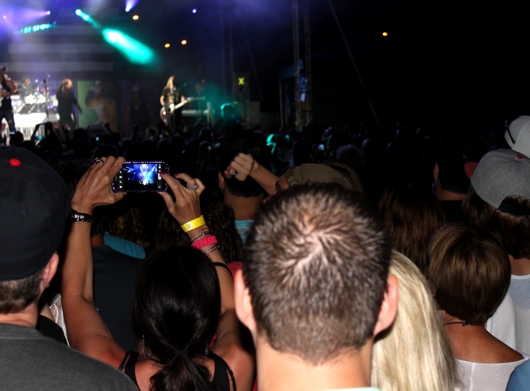 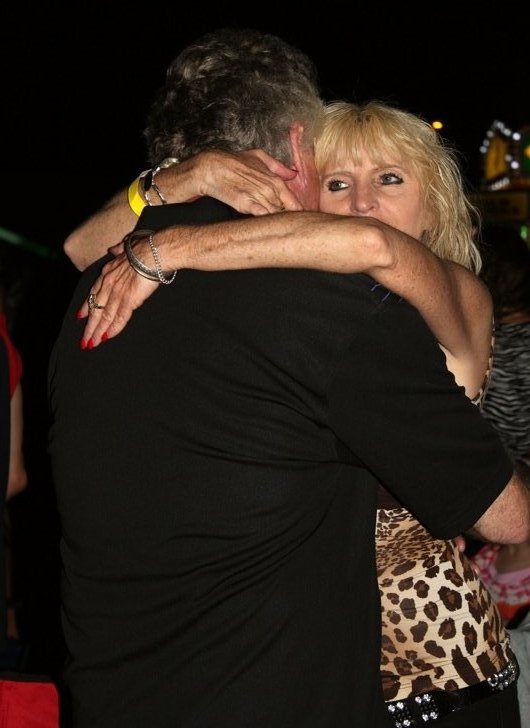 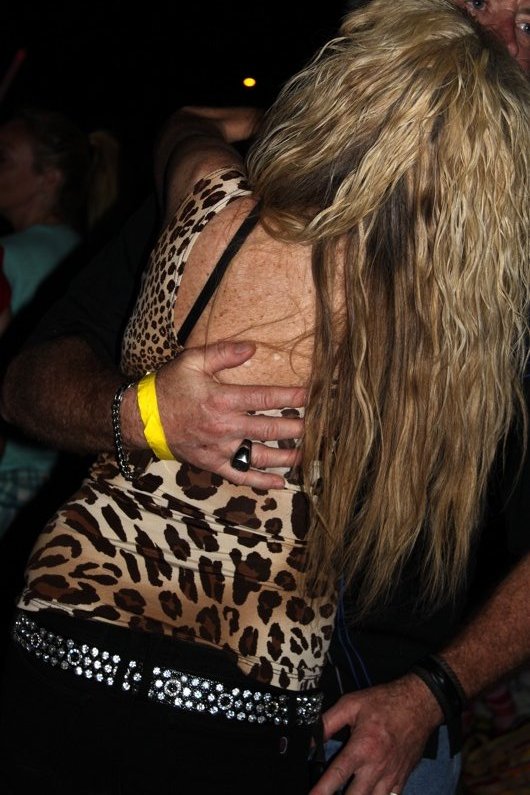 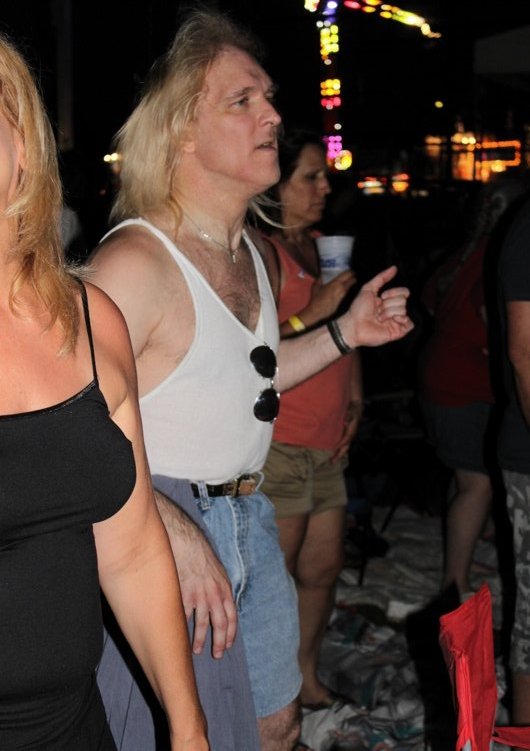