Home Advertising Take Me Back to the Five and Dime

Take Me Back to the Five and Dime 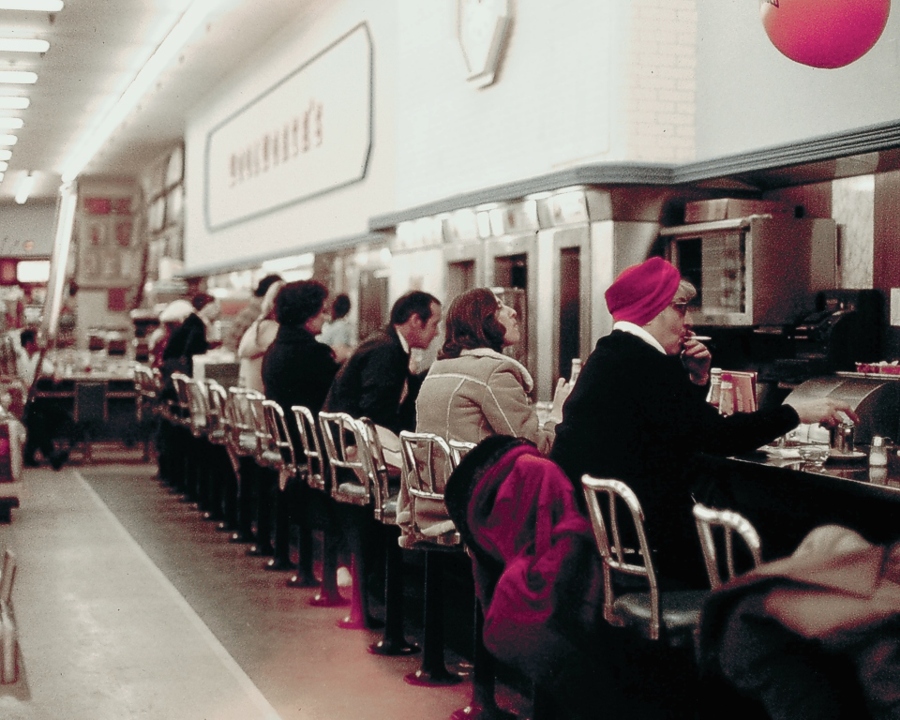 In April of this year, I posted this 45-year-old photo I took of the Woolworth at 674-676 N. Michigan Avenue on Forgotten Chicago’s Facebook page. It generated more than 2.8 thousand likes, 384 comments, and 157 shares. When I shot this photo, I was a high school junior and my mom and I sat down at the counter for lunch afterwards. I always loved this location more than the giant flagship store on State Street. It was a block away from my dad’s Michigan Avenue office and I found the atmosphere more intimate than the vast downtown store.

I believe this photo struck a chord for so many people due to the nostalgia factor – looking back on a more “innocent time” helps people momentarily forget about reality – and this horrific pandemic. Many people were appalled by the smoking woman and wrote pithy comments. The overwhelming response was also indicative of how many people loved Woolworth back in the day. I reread the comments and incorporated some of them in this blog, including the bold robbery that occurred in October 1952. Since scant photos of this location are available, I’ve included other wonderful photos and ads culled from my research. 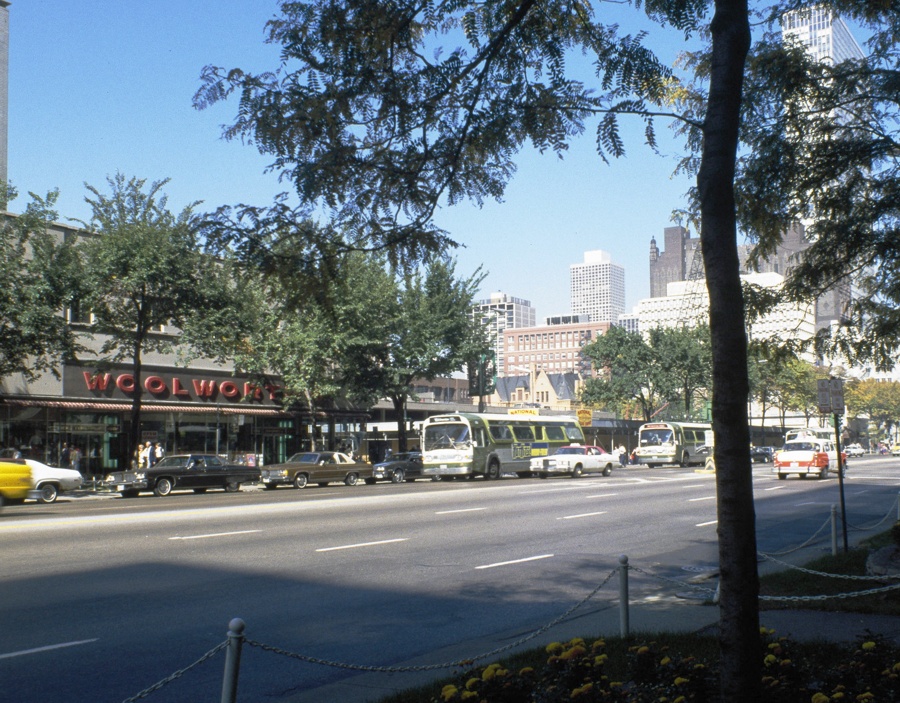 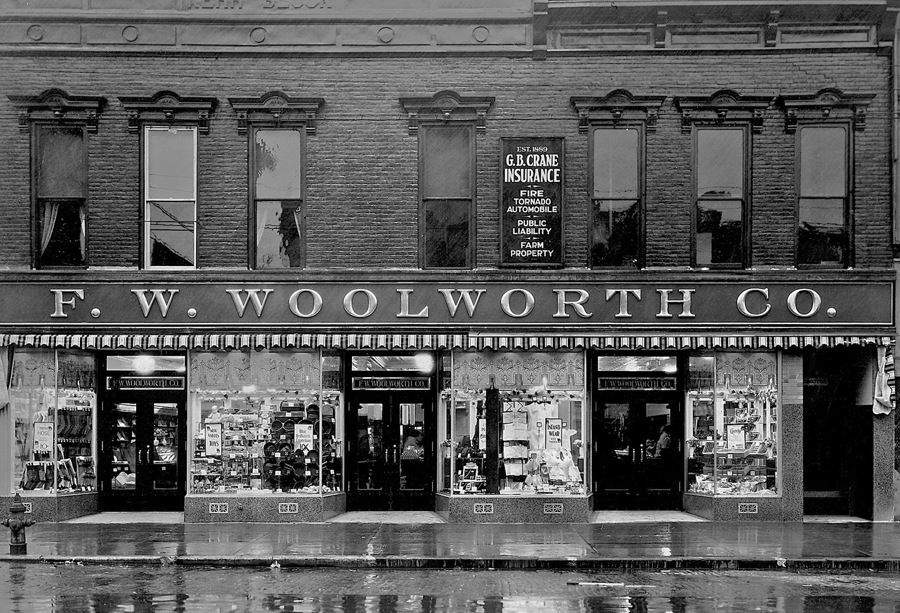 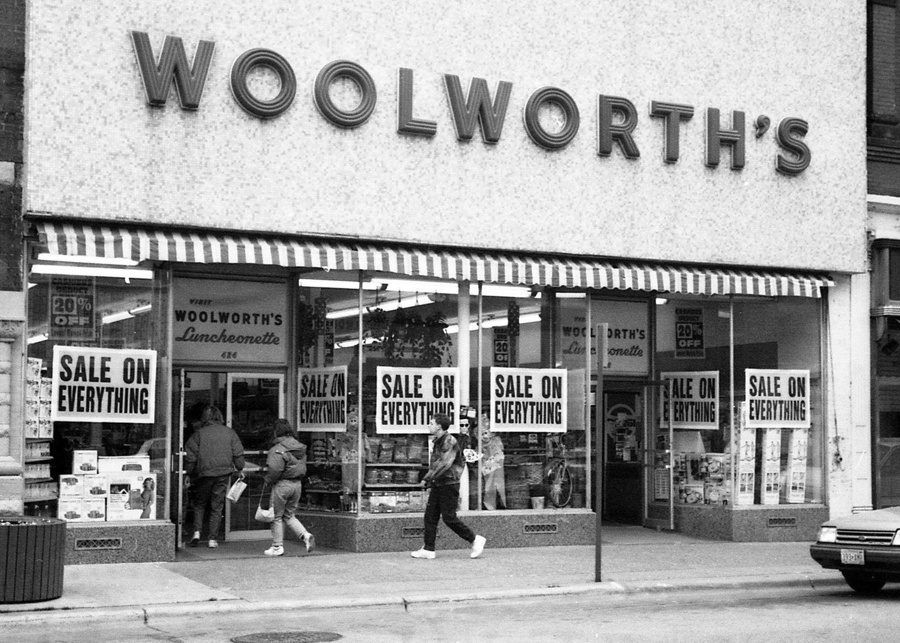 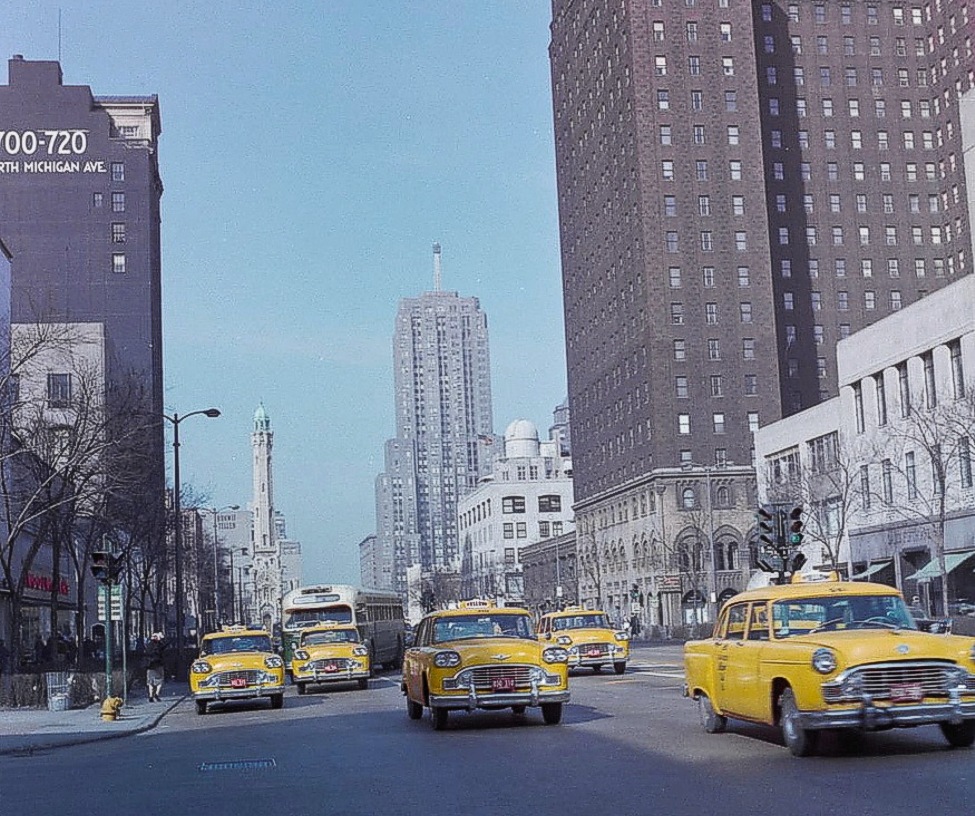 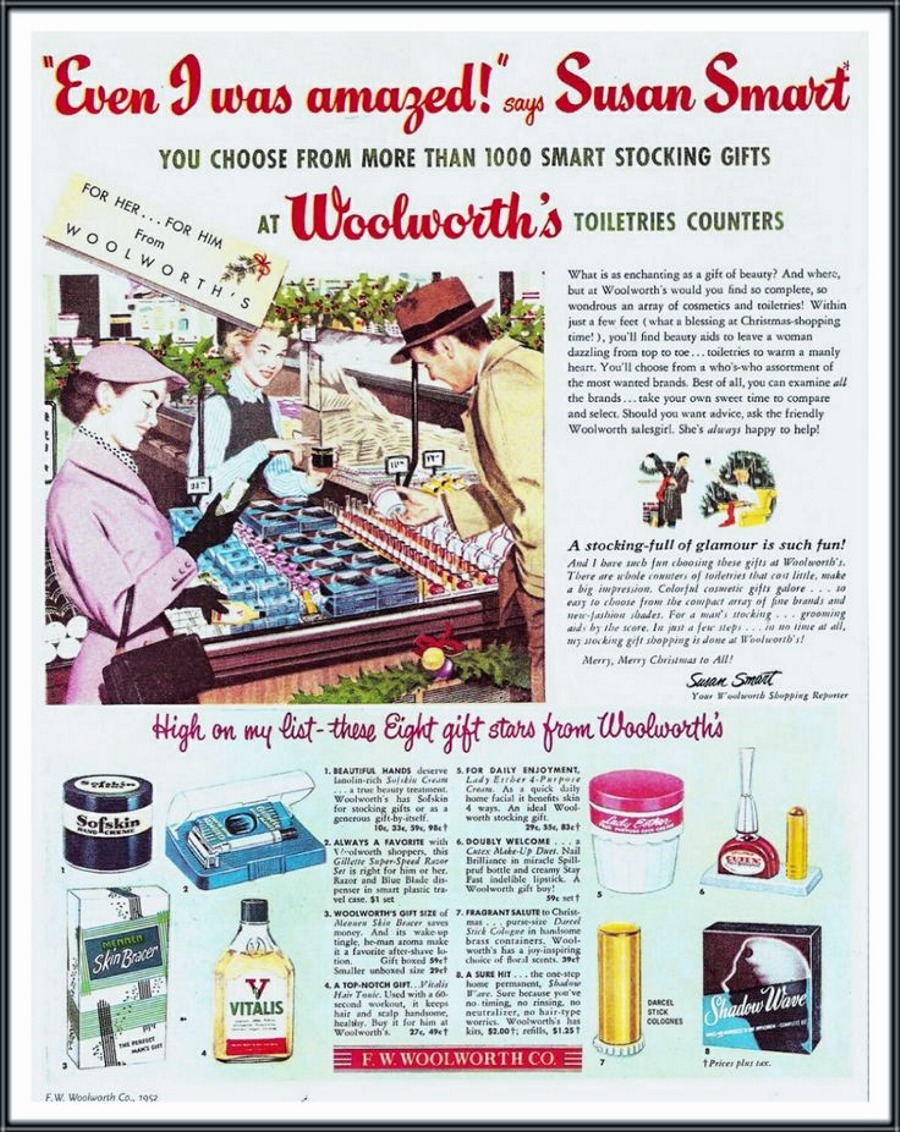 I went to the Gold Coast by myself as a child on the Pace bus, but my mom rarely gave me any money beyond what I needed for bus fare. I managed to find spare change on the ground or sometimes brought meager savings earned from returning Diet Rite bottles to the corner store. Buying little trinkets at Woolworth provided solace during some difficult years of my childhood, which thank goodness were mostly behind me by the time I took the 1975 photo.

I loved the counters and displays filled with delightful trinkets, and I fondly remember the turquoise and yellow parakeets chirping away in the pet section near the back. I loved buying big grab bags of stamps, Blue Waltz cologne, and 45s from Bobby Sherman and The Monkees on the lower level. I ate at the lunch counter with my mom and more than once, bought freshly roasted Spanish peanuts, candy spearmint leaves, and my personal favorite – the square Neapolitan ice cream sandwich. 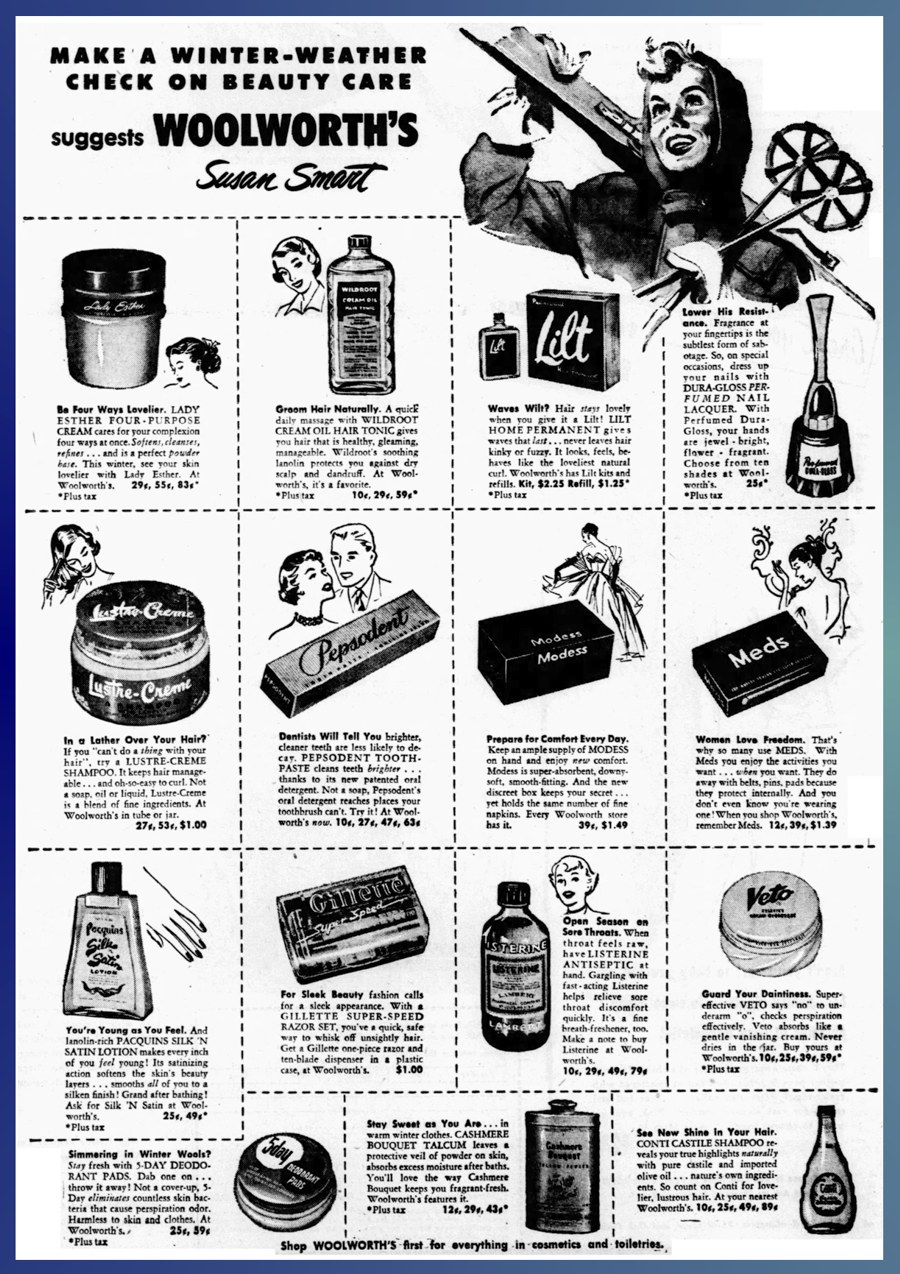 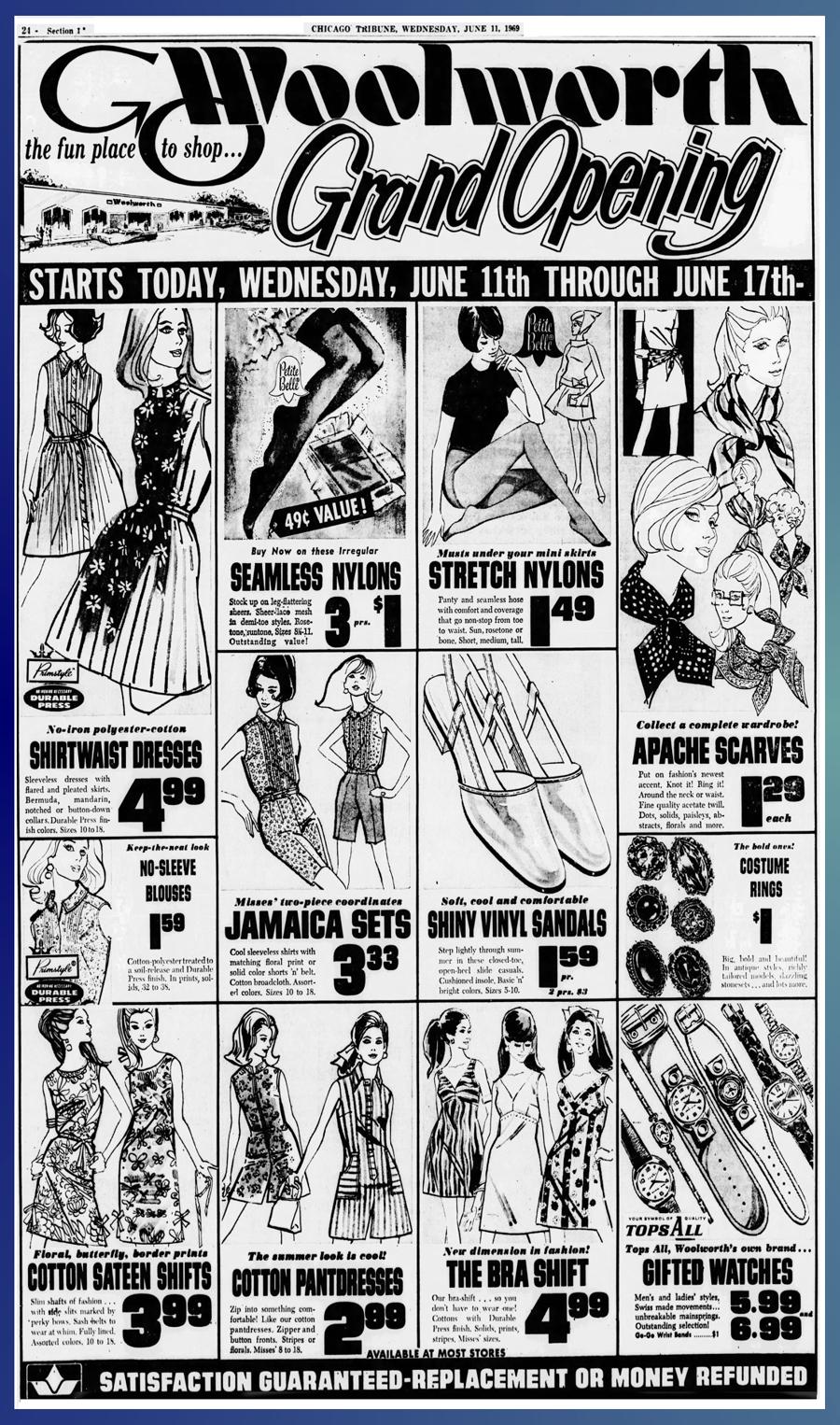 Woolworth Bandits Get Away with a Mere $100

A robbery at the Woolworth store at 674-676 N. Michigan occurred on October 24, 1952. Karen Brown shared this on Facebook, and that her grandfather Oscar Johnson was the assistant manager who was robbed at gunpoint with the “floor girl” Joan Ludwig. After the store closed at 6 pm, Johnson and Ludwig stayed behind with a photographer to shoot photos of a toy display.

The three of them exited the store together around 7 pm and when Johnson walked to his car on Rush Street, a man pulled a revolver and two other gunmen appeared. They forced him back into the car, took his keys, parked his car on Huron, and made him go back into the store. The gunmen knew about Ludwig because they had been casing the joint during the photo shoot. Johnson was forced into disclosing her whereabouts. Unfortunately, she was still waiting outside for her parents to pick her up and one of the gunmen forced her back inside. The gunmen demanded that Johnson open the safe and when he replied that he didn’t have the combination, he was struck in the face with the gun. Although they stole $100 from Johnson, he prevented them from stealing $4,000 in the safe! After the incident, Johnson told police that the ruthless robbers had threatened him back in the car by saying that they knew where he lived and that he had a wife and two children.

And this wasn’t the first time a downtown Chicago Woolworth was robbed and the bandits barely got away with anything, as you can see from the below article regarding the Loop store at 16 North Michigan. 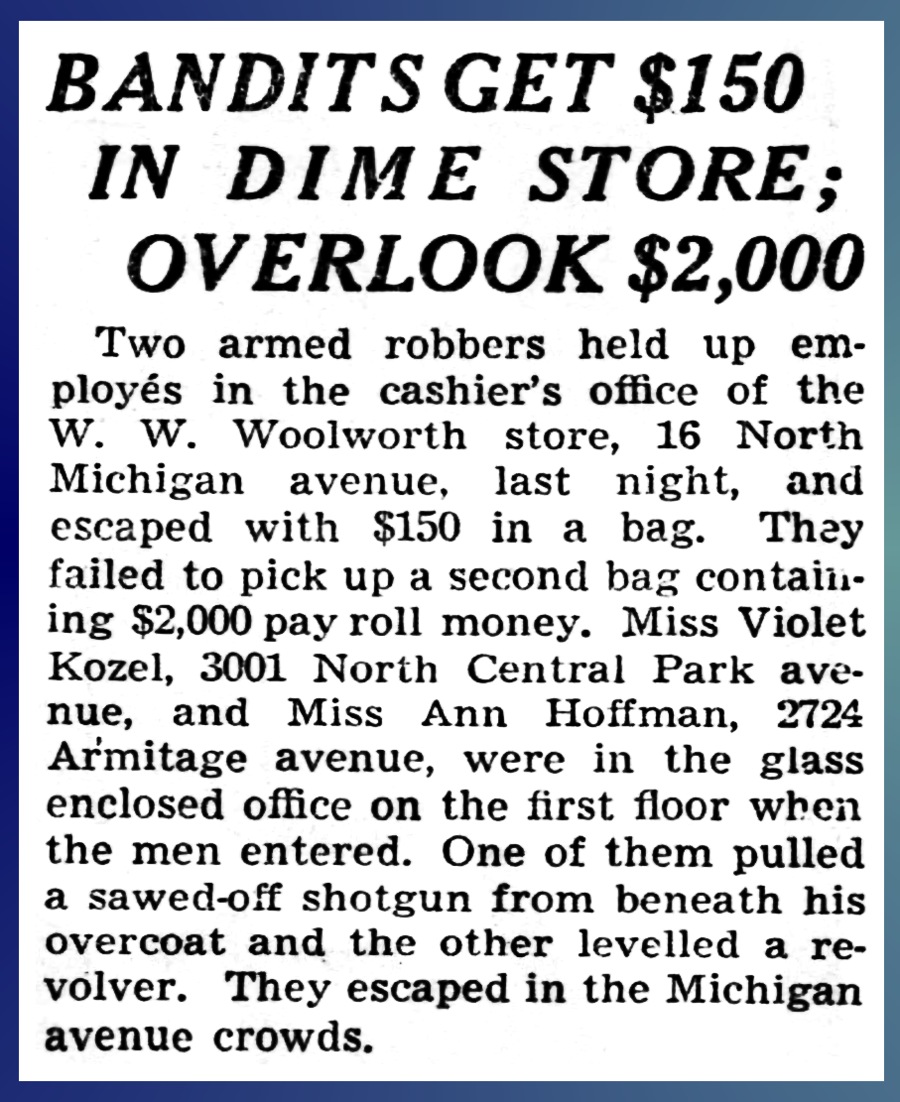 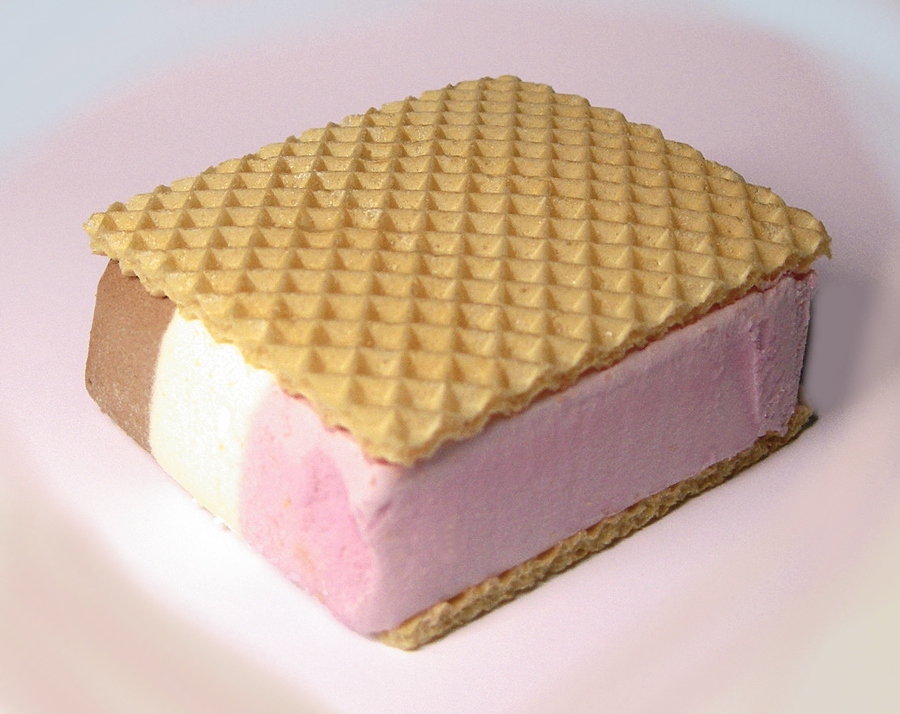 Similar, but wafer was thicker and had much wider lines

In addition to the wonderful counter service with iconic diner stools, one could order hot dogs and pizza slices from a stand-up counter near the front window. This is also where I ordered my ice cream sandwich. This Woolworth also sold popcorn, freshly roasted peanuts, and the odd combo with candy corn noted below. 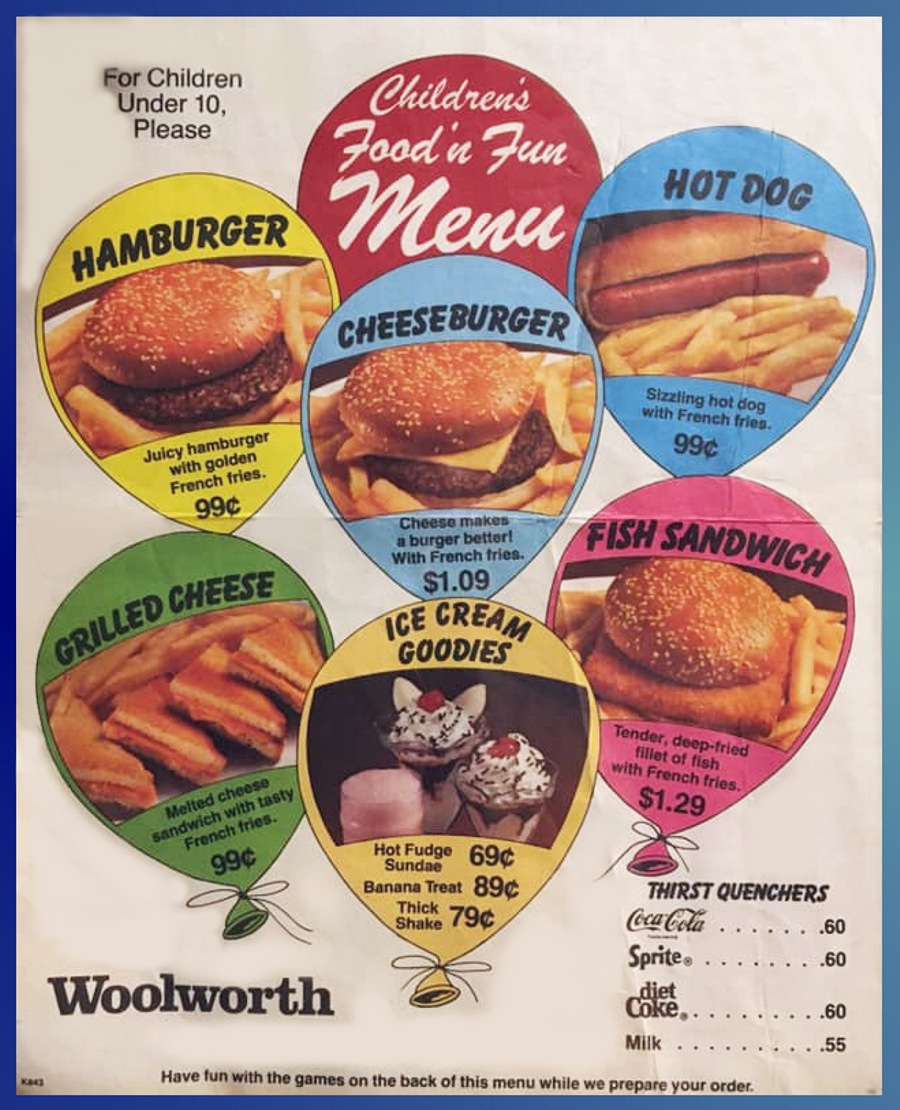 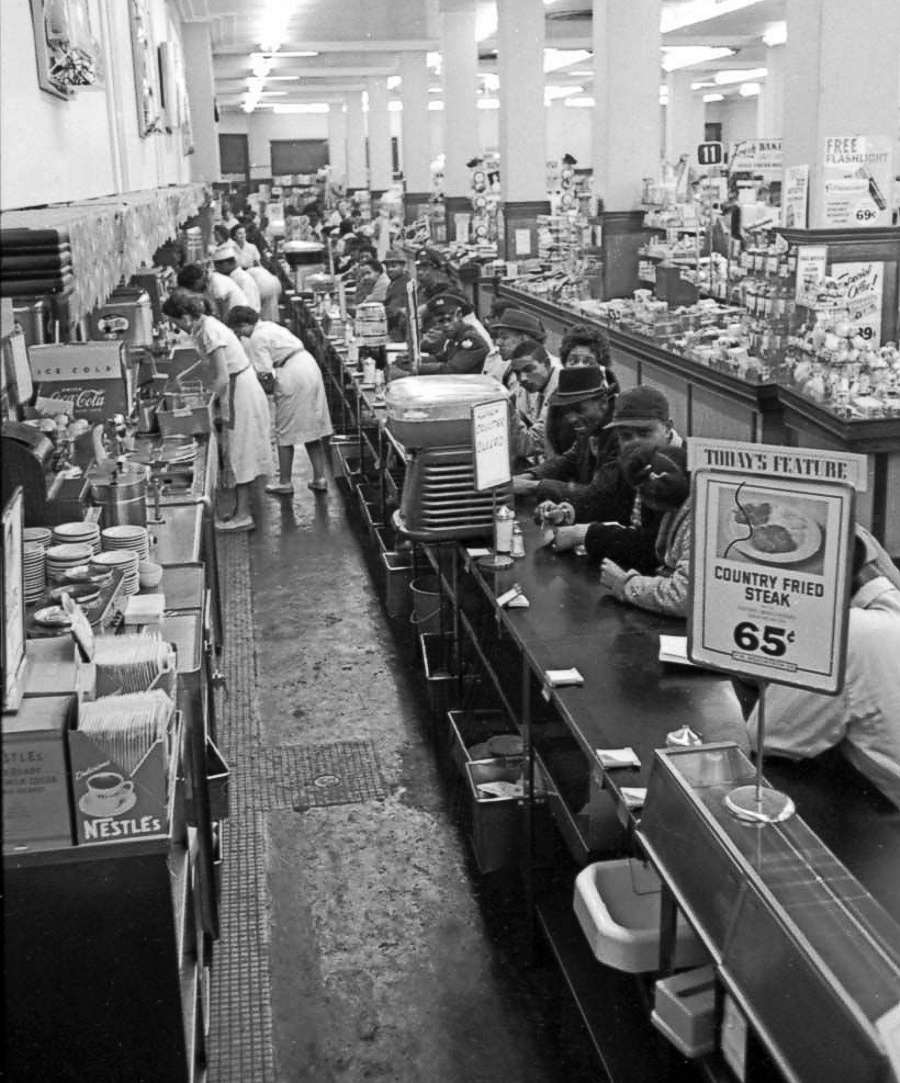 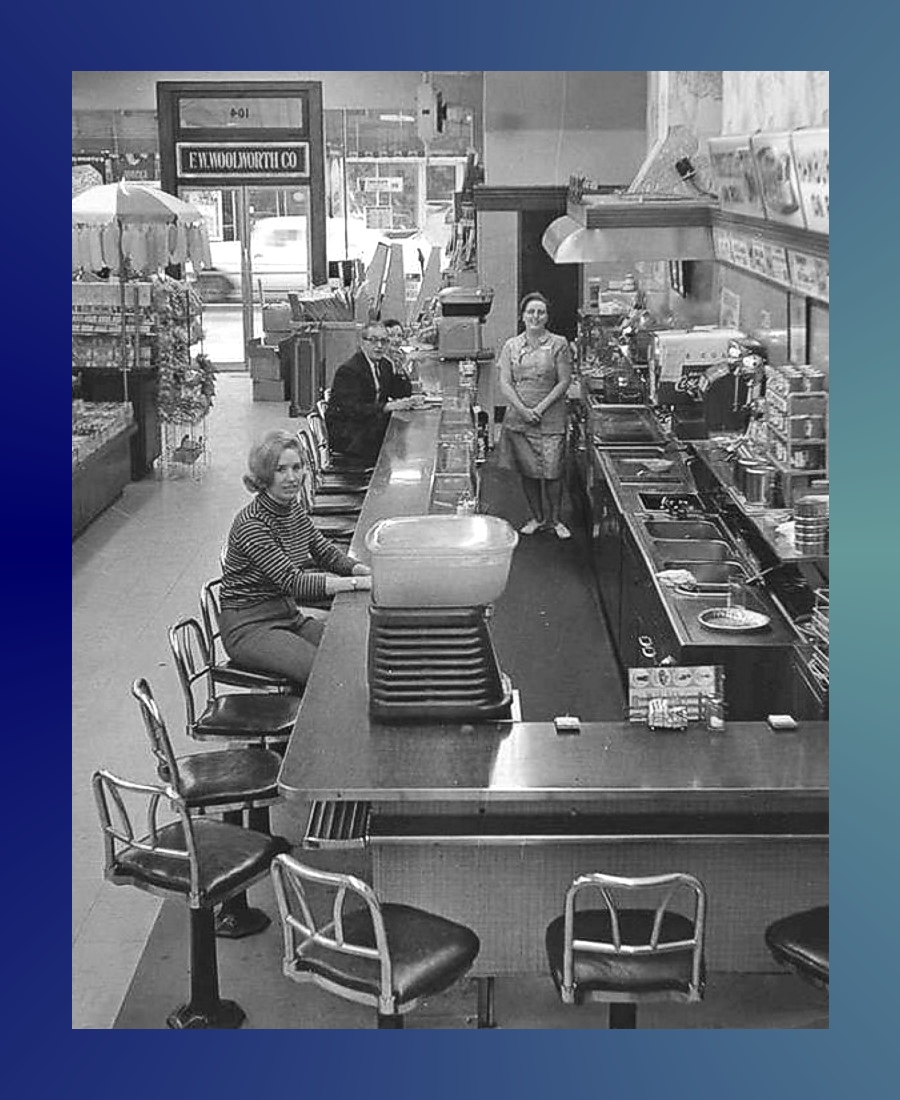 The vast number of vintage Woolworth items being sold on eBay and Etsy speak to the enduring popularity of the brand – and dime stores in general. I selected a few intriguing items to picture herein, including a record company unknown to me prior to writing this blog. Albums produced by the budget record label Waldorf Music Hall Records were sold exclusively at Woolworth stores from 1954 to 1959. Some of the artwork is especially cool, with garish colors reminiscent of pulp fiction covers from that era – and how about Tina Louise?! 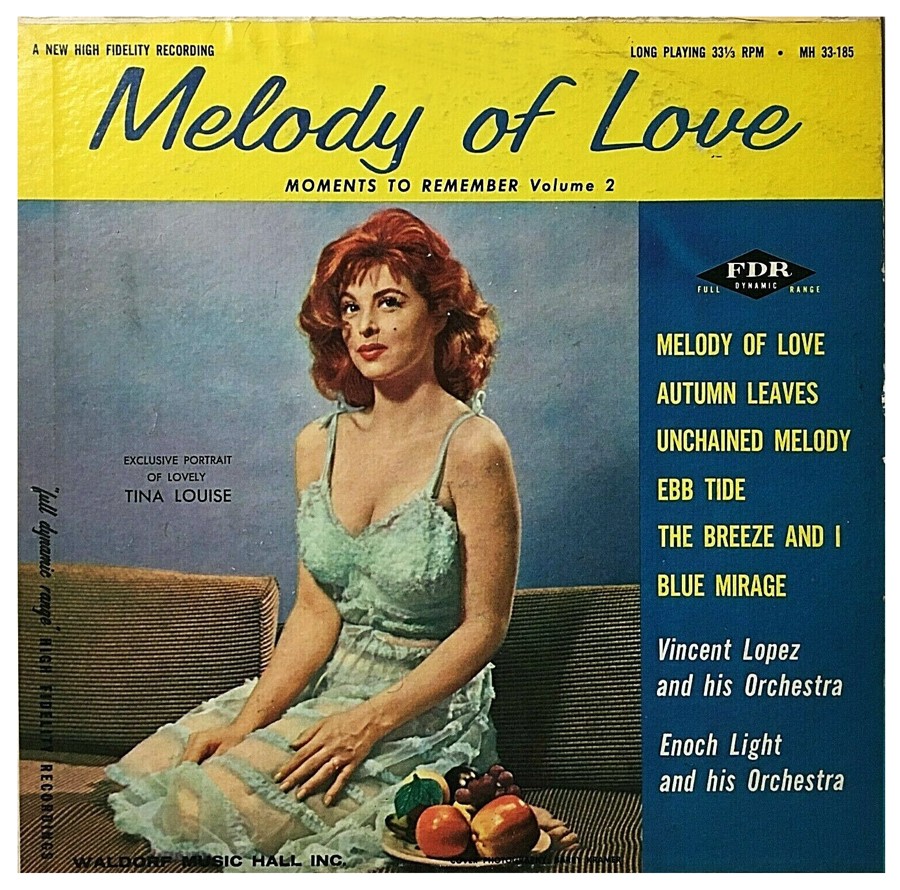 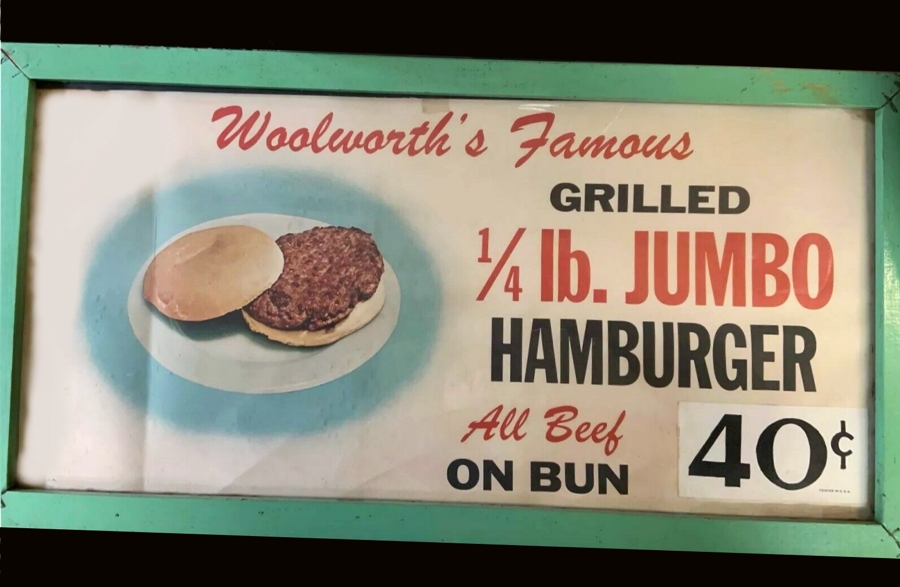 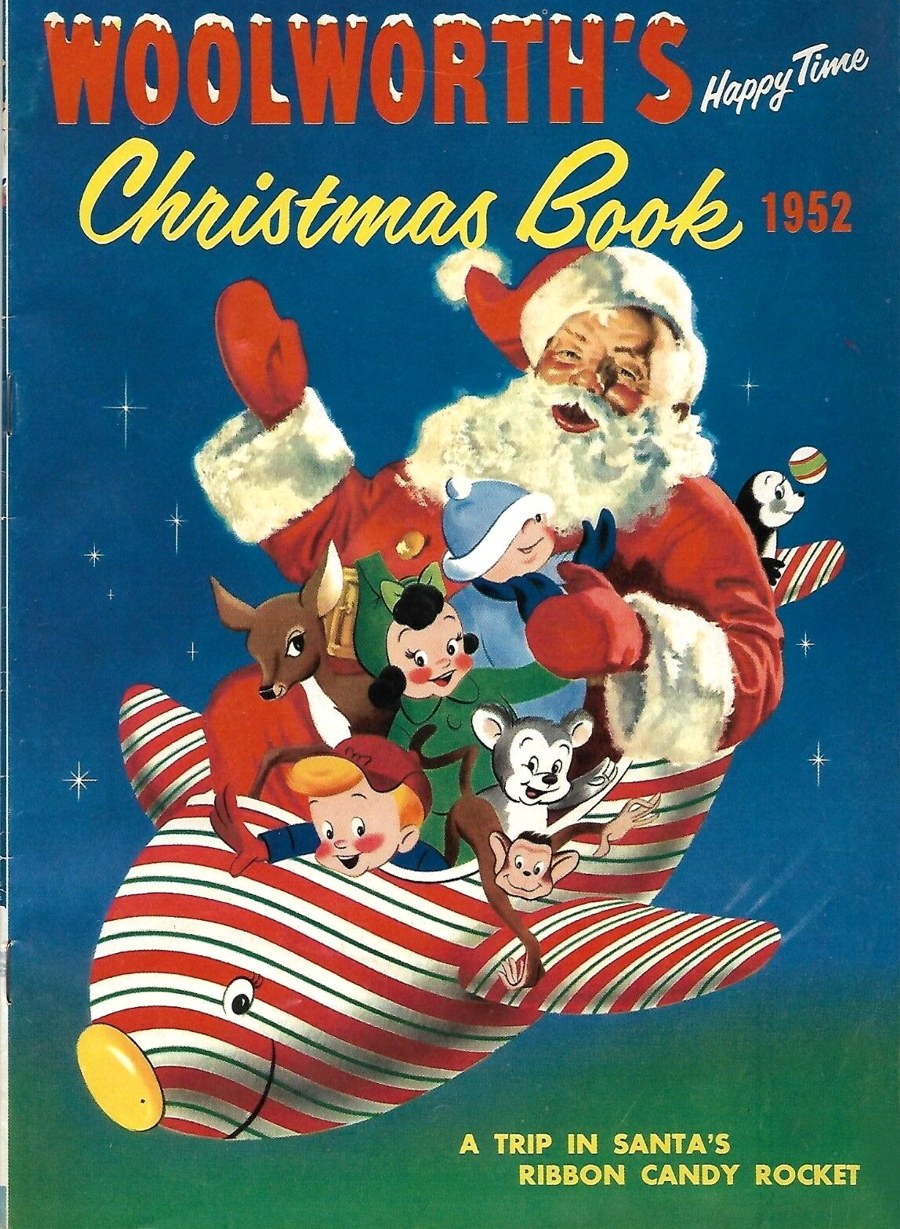 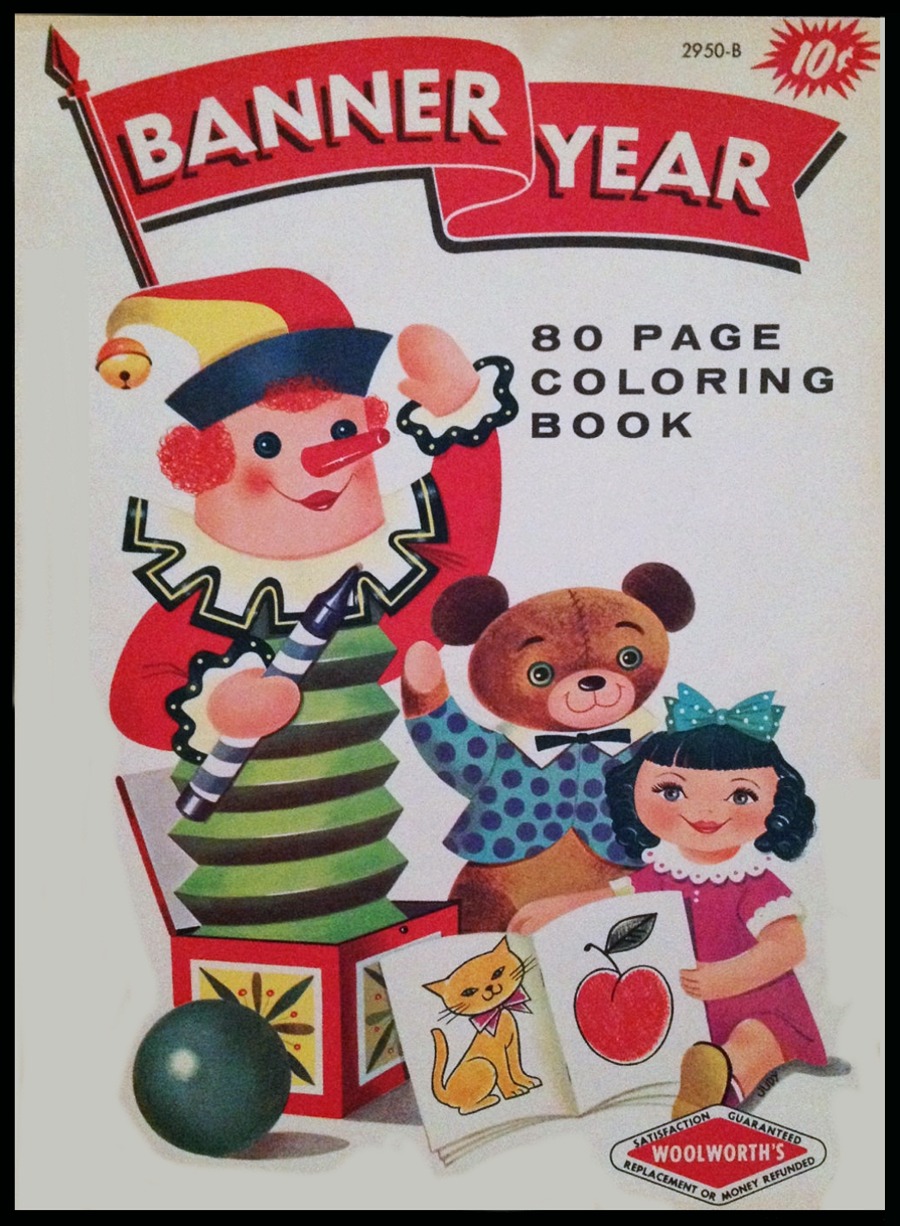 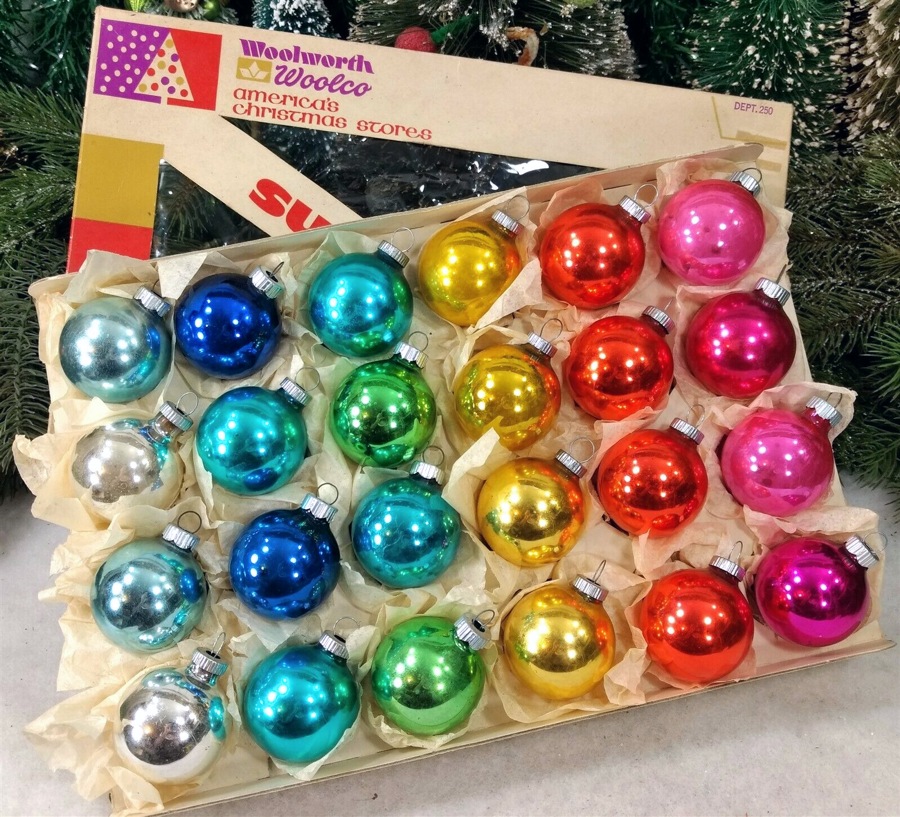 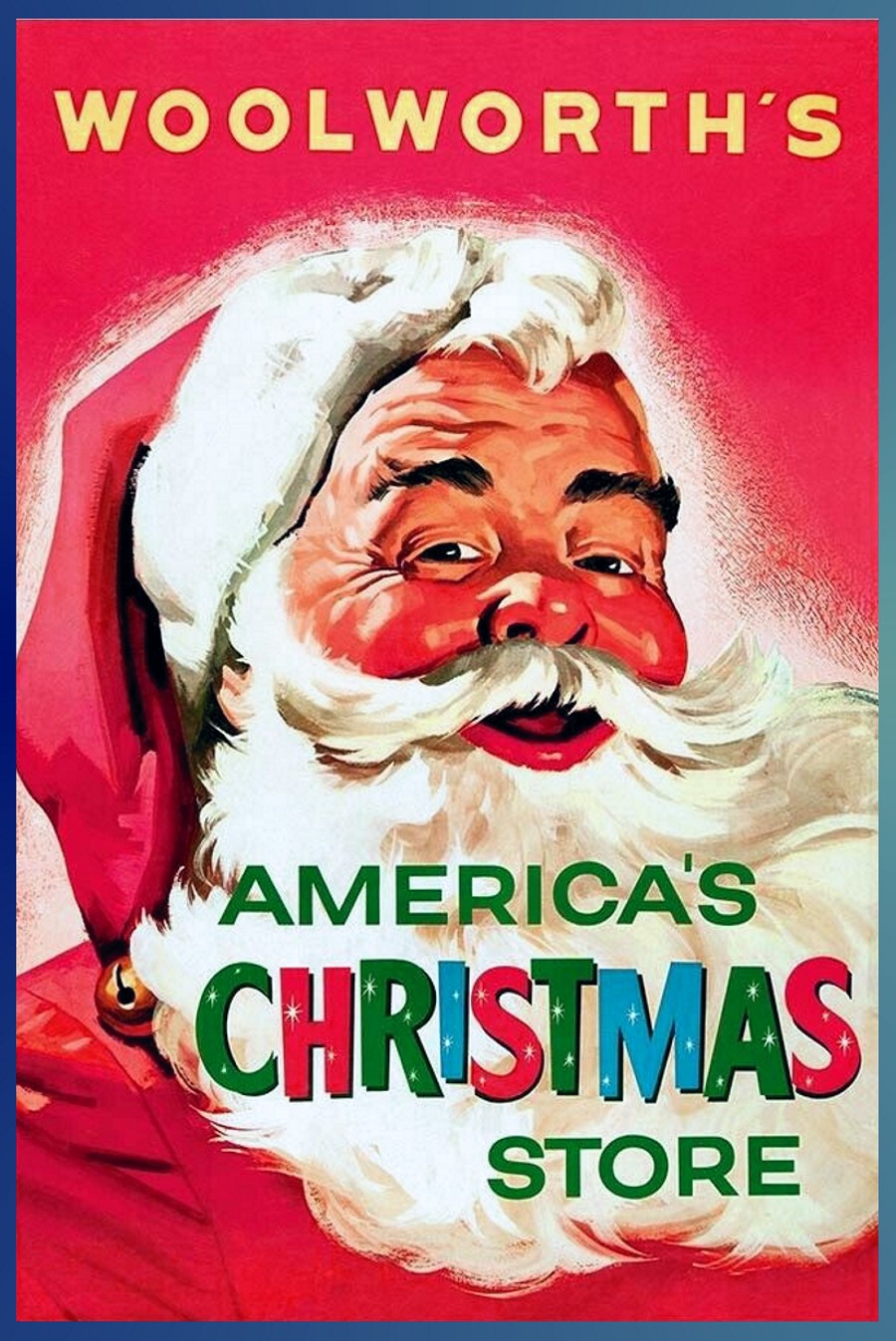 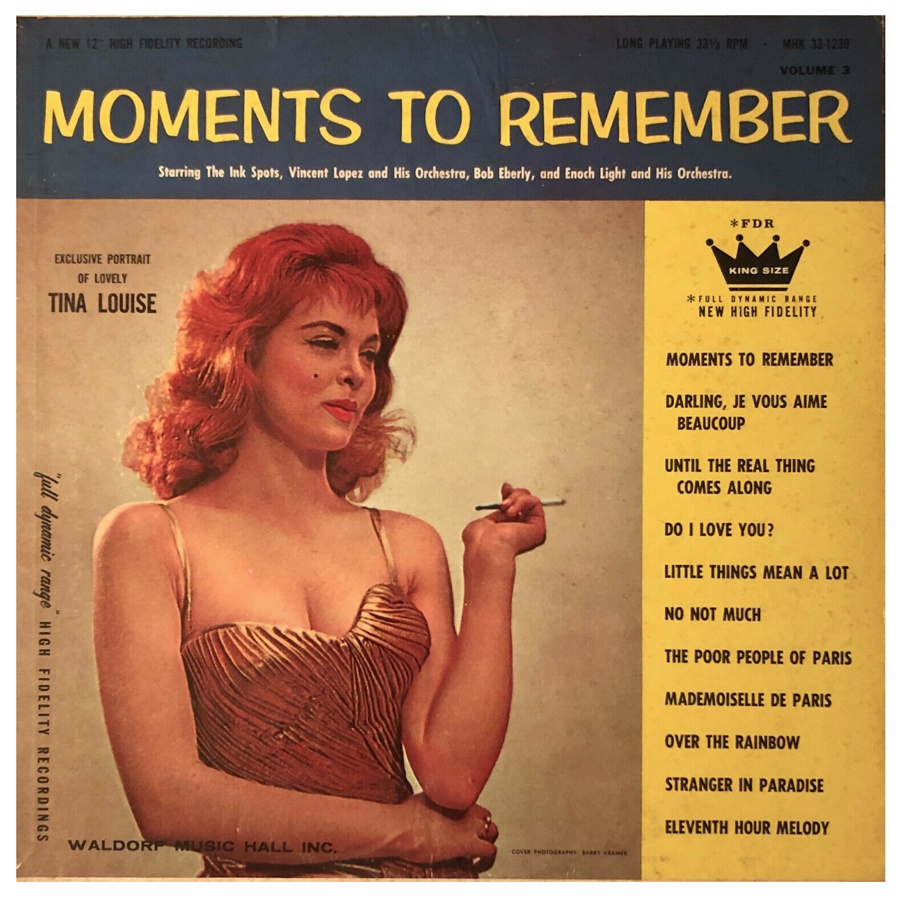 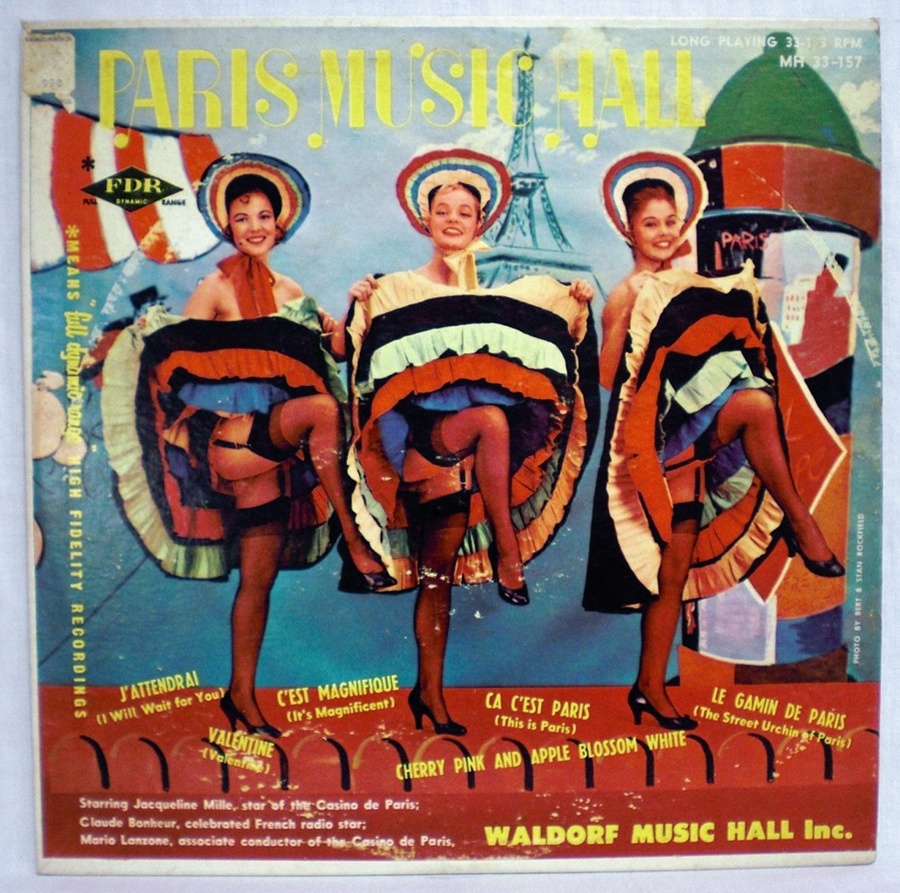 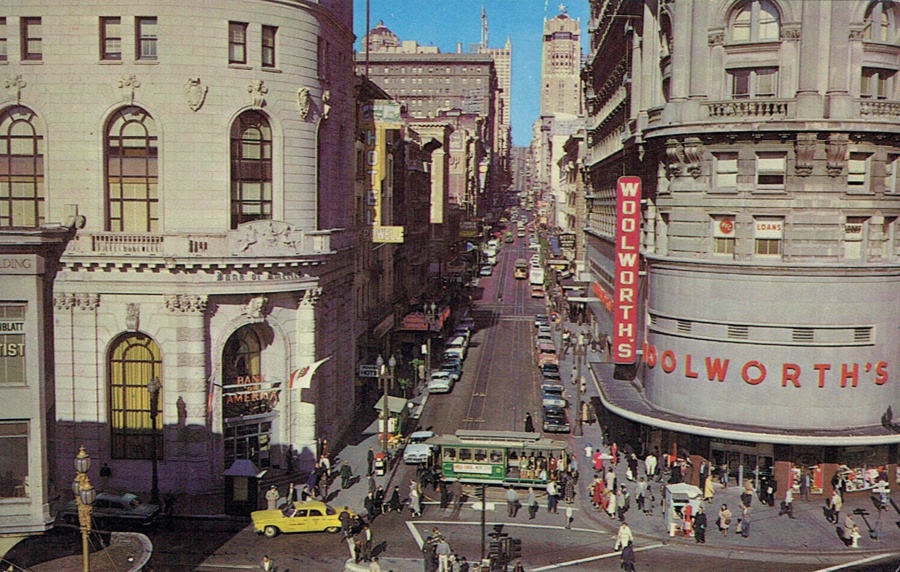 F.W. Woolworth Co. closed the store at 676 N. Michigan Ave. on Nov. 1, 1987 to make way for a 30-story office, retail and hotel complex. This is currently home to the Omni Hotel, which was recently completely renovated. About 60 full- and part-time employees were offered jobs in other Woolworth stores in the Chicago area. Fifield acquired the site at Michigan Avenue and Huron Street from Modern Woodman of America Inc. and the store from Woolworth in October 1986.

Although Woolworth stuck around for a while longer, large discount stores like Walmart and the expansion of supermarket grocery stores led to Woolworth’s decline. By the mid-1990s, they started liquidating stores and in July 17, 1997, closed all remaining store in the U.S. The wonderful five and dime founded by Frank Winfield Woolworth in 1897 was relegated to history.